Members of Progressive Maryland to meet at Capitol South Metro station at 10:30am.

Make sure to bring signs (not on sticks!) and swag for the visit!

We will go as a group to Office of Rep. Andy Harris (CD1) to let him know how devastating passing the Graham-Cassidy Bill, as well as defunding CHIP or cutting crucial healthcare needs in the 2018 budget would be for people in his district!

In addition to the above events, or if you can't make it in person to a direct action:

Here's a quick script for callers:

“My name is ______________, and I am a concerned Maryland voter. I'm calling to urge [Governor/Senator/Representative] to reject the conservative budget plan that cuts Medicaid, Medicare, and other services America’s working families depend on. It's not right to cut Medicare, Medicaid and education in the federal budget to pay for big tax breaks for the rich and corporations. I'm asking [Governor/Senator/Representative] to PUBLICLY OPPOSE cutting healthcare, PUBLICLY AND FIRMLY SUPPORT fully and permanently funding CHIP, and to only support legislation that promotes guaranteed healthcare for EVERY Maryland citizen, for example, a single payer, Medicare for All system. Thank you!” 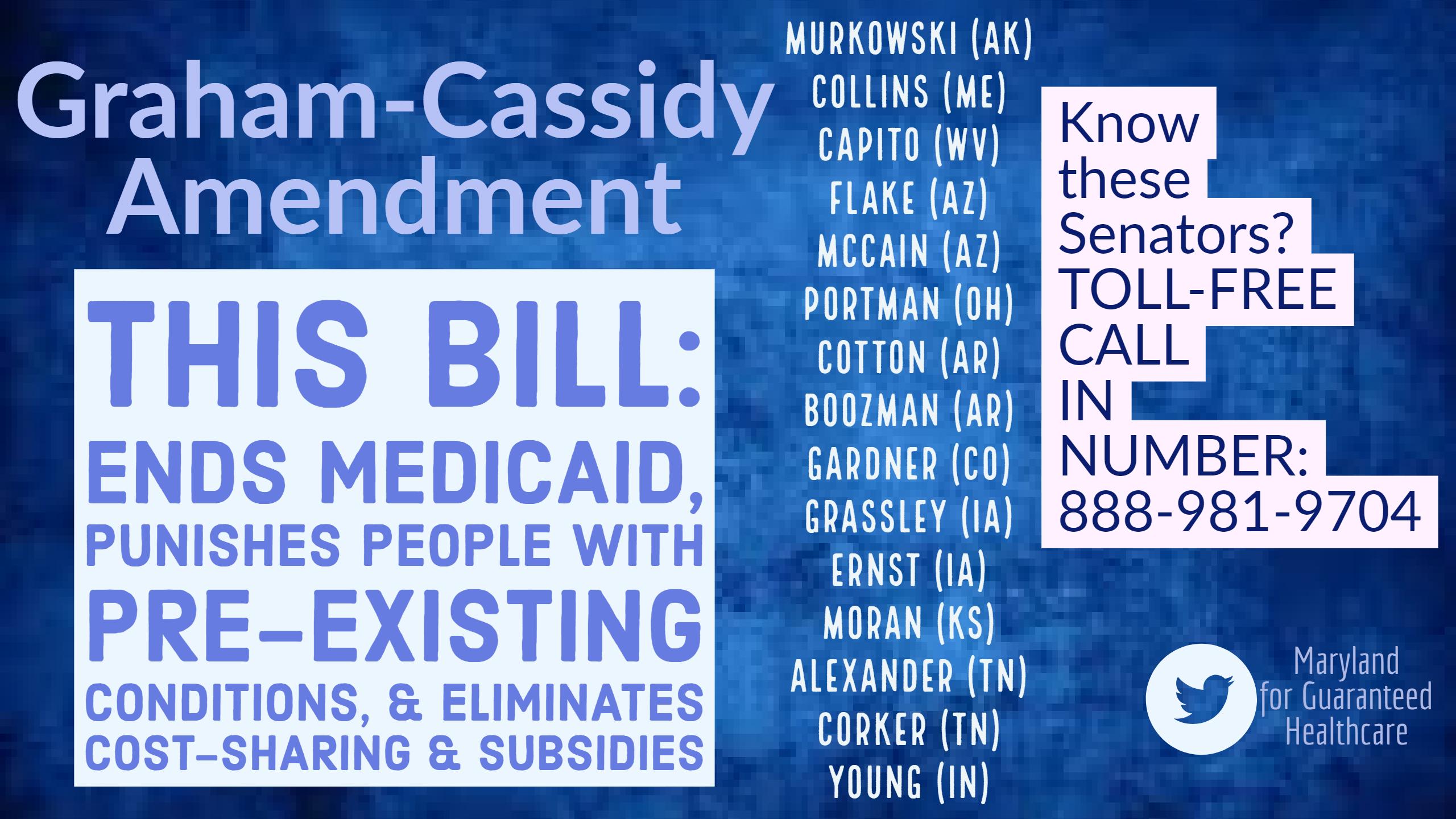 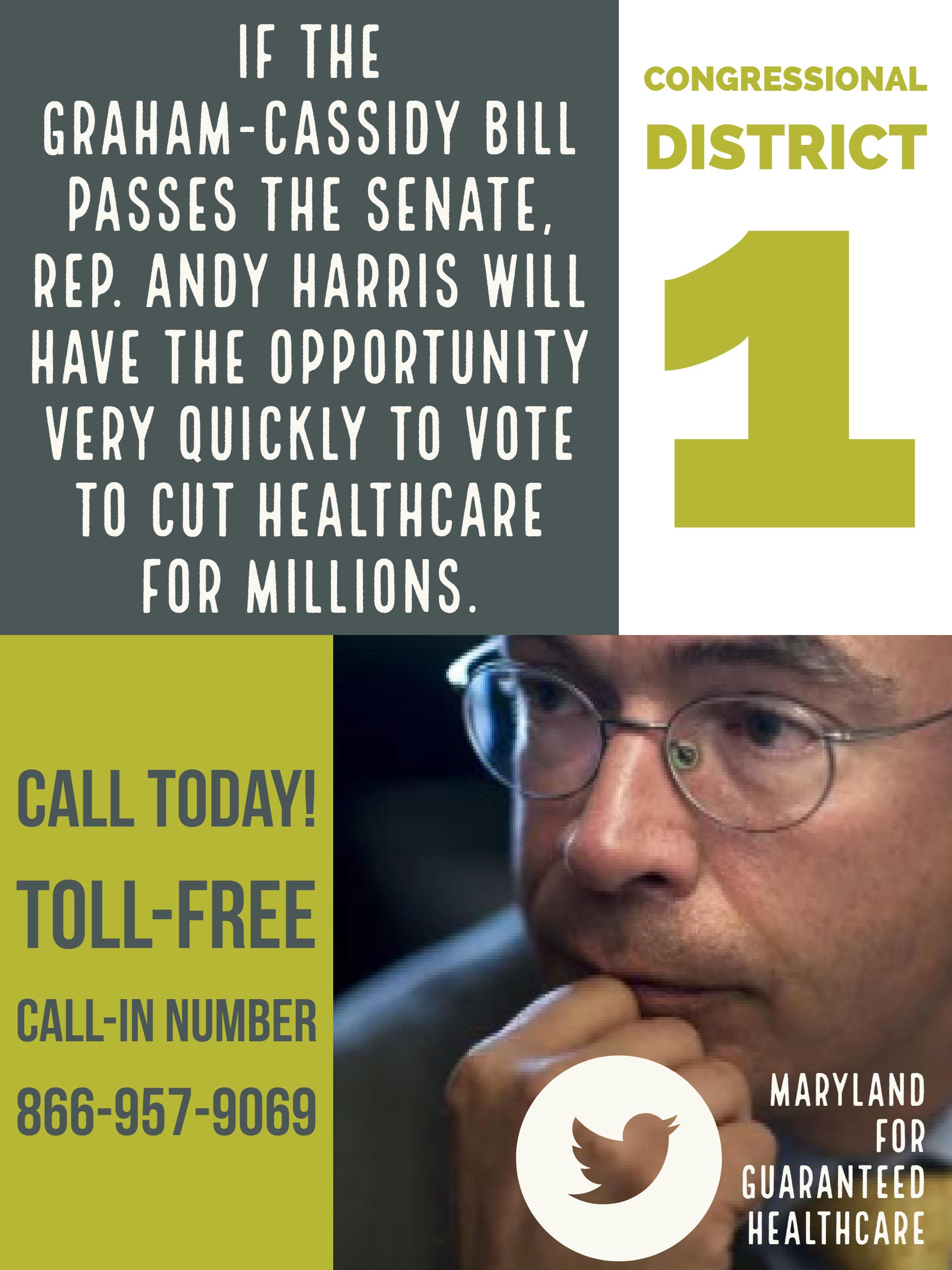 Let us know who you called and how the call went here!