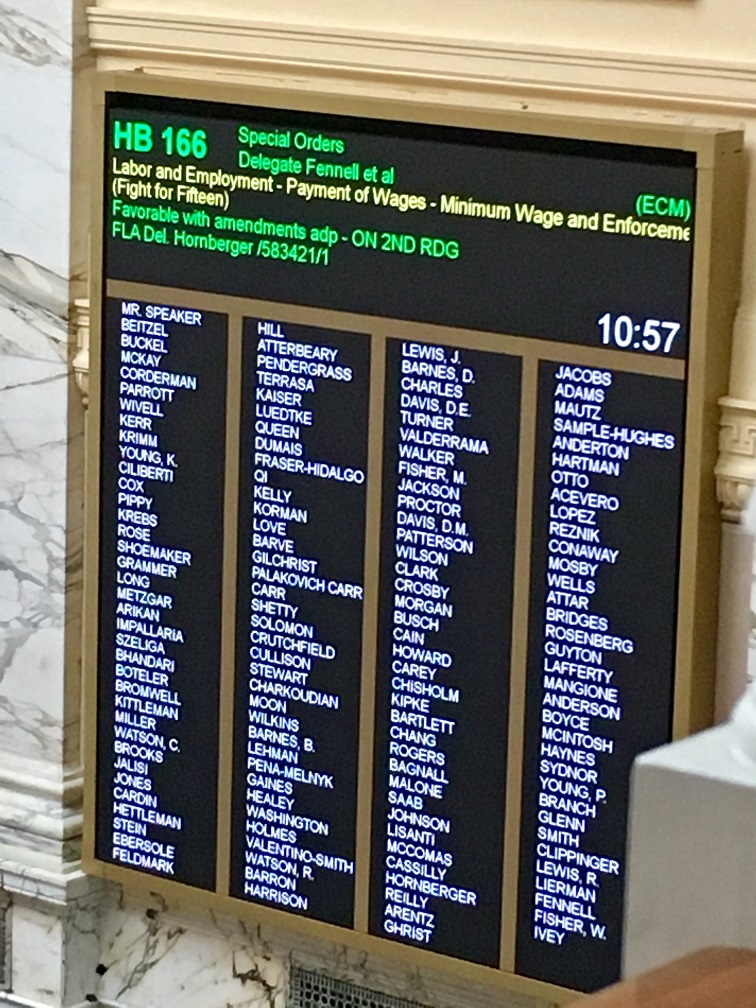 On Thursday, Progressive Maryland and other involved progressive groups called for passage of three laws aimed at reducing the scourge of overdose deaths in Maryland.

Today in a Maryland Matters opinion, two state legislators and a colleague from Maine -- another state hard hit by overdose fatalities -- also urge movement on one of those bills, HB 190. The measure would strengthen the state's Good Samaritan statutes. The lawmakers explain how it could ease the fears in local communities that calling for help with an overdose can have bad consequences.

/By Del. Jon S. Cardin, Sen. William C. Smith Jr. and Maine state Sen. Chloe S. Maxmin <> Maryland Matters/  Police officers are trained first responders who are prepared to save a life from overdose. But in our states, it can be risky and intimidating to call them for help. We regularly hear stories of police arriving to stop an overdose and intent on finding a felony – they illegally rifle through drawers, subject bystanders to strict questioning and dig through people’s belongings.

These interactions are more than just a scary result of an overdose: their continued existence are proof that people who use drugs cannot trust the police, firefighters and emergency responders who might be called upon to save their lives. That puts bystanders in an impossible dilemma.

As witnesses to illegal activity or as individuals enabling or participating in it, people are forced into a scary choice between saving a life or being sent to jail. Oftentimes the difference between reversing an overdose with naloxone and succumbing to the symptoms is mere minutes. But in far too many states, the person witnessing an overdose will very likely hesitate – wasting precious moments that could be used to call 911. Many might opt to do nothing, taking a risky chance.

As the national overdose epidemic continues to spiral – with a record-breaking 105,000 preventable overdose deaths in 2021 – it’s time to strengthen protections for people who call 911 to save a life. Despite Good Samaritan laws on the books in 47 states and the District of Columbia, many do not go far enough to protect those who have seconds to decide if they should call paramedics. The human ability to take care of each other is innately ingrained into our DNA, especially during times of crisis. If we are to start saving the lives of our loved ones, every state must step up to reform Good Samaritan laws now.

These laws provide some protection to those in the best position to help someone experiencing an overdose. In states that have enacted them, studies have shown that Good Samaritan laws work at preventing overdose deaths and also found that when people are aware of them, they are more likely to call 911 – more likely to save a life!

But in many states, the laws are toothless.

In Ohio, police and prosecutors can pursue a range of charges for someone, which include possession of drug paraphernalia. And people on parole and probation in Ohio are not covered by the law at all.

This potential for criminal prosecution – where no good deed goes unpunished – is an insidious extension of the devastating 50-year War on Drugs. This national punitive approach to addressing drug use has failed time and time again, wasting taxpayer dollars, filling our prisons with non-violent offenders, and disproportionately targeting Black and Brown communities.

Some states have figured out how to address this scary moment.

Vermont’s Good Samaritan law sets the standard: the law provides immunity for any drug-related offense, including drug sales. Let’s be clear, selling illicit drugs is not OK and should be illegal, but the long-term benefit of saving a life transcends the short-term opportunity to pin evidence against a drug user that would never have been obtained but for a call for help by that same user.

Importantly, there are state legislators working on bills right now that would make immediate progress. House Bill 190 in Maryland would expand the state’s Good Samaritan law to clarify that protections should be extended to the victim of an overdose or medical emergency and provide immunity from all misdemeanor offenses as well as possession with intent to distribute. In Maine, LD1862 would expand protections under the law to shield everyone at the scene of an overdose from arrest and prosecution.

Preliminary data indicate that 2021 will be our worst year on record for overdose deaths. As a harm reduction strategy, Good Samaritan laws must do what they say and protect people who, in good faith, are trying to help someone in danger of an overdose.

The time has come for lawmakers around the country to strengthen Good Samaritan laws so people feel empowered to step into a health emergency and not have to think twice about their freedom.