Long Game: Struggle to get big money out of Md elections continues at all levels

The struggle to get big money out of Maryland politics, at all levels, has gone on for many years. Still, the fact remains that big money – money from the wealthy, especially from big businesses doing business with the state or depending on state regulation to make them profitable, or from national and global corporations – pollutes the politics of Maryland. Here is news of progress on two fronts.

/PM BlogSpace Report/ The struggle to get big money out of Maryland politics, at all levels, has gone on for many years. There’s a public financing option for the gubernatorial race, never sufficiently funded by governors or the General Assembly and quite depleted by Gov. Larry Hogan’s use of it for his surprise win in the 2014 election. There’s not enough in the kitty for more than one candidate – probably not achieving the goal of more-fair elections.

The fact remains that big money – money from the wealthy, especially from big businesses doing business with the state or depending on state regulation to make them profitable, or from national and global corporations – pollutes the politics of Maryland and makes it hard for anyone not carrying water for the status quo to get into office – or stay in.

That most recent Common Cause survey showed state Senators averaging over a quarter-million dollars to get elected or re-elected in the 2010-2014 election cycle; successful Delegates spent around $75,000.

Getting the General Assembly members to wean themselves from those funding sources has been near-impossible, according to Prince George’s Sen. Paul Pinsky, who has been filing a bill for public financing for the Legislature for many election cycles. Equally difficult is getting full disclosure for campaign donors, as Pinsky found in 2003 and as he does today.

Counties were enabled by state law more recently to institute their own small donor public financing programs. “They threw us a bone,” said Pinsky last week of the Assembly opponents of public financing. He was speaking at a meeting of Our Revolution Prince George’s. 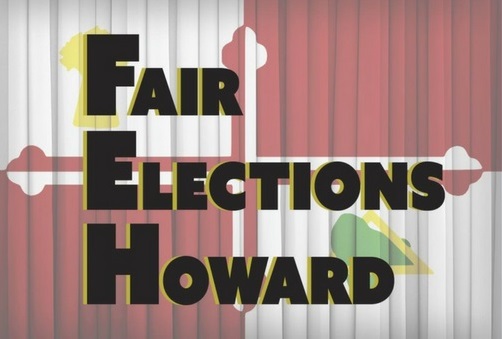 Those programs have gotten some traction. Montgomery County has a fully funded small donor program that matches small donations to candidates whose views make them unlikely to get big money from developers or other major business interests. Candidates in the 2018 election cycle are now qualifying for that match support. Howard County voters chose last year to institute a limited small donor program, a referendum effort that was supported materially by Progressive Maryland members. After the referendum passed and was vetoed by the Republican county executive, the County Council overrode the veto.

Most recently, Prince George’s County is the site of a campaign to pass a small donor program through the County Council. Charles Smith, who is Progressive Maryland’s Fair Elections Fellow, reports on Council action:

"On Tuesday [Jan. 30], the bill to create a Fair Elections Fund (CB-04-2018) was introduced and assigned to the Public Safety and Fiscal Management Committee (PSFM). This fund would allow the creation of a voluntary public campaign financing program. With four co-sponsors --  Mary Lehman (District 1), Deni Taveras (District 2), Obie Patterson (District 8),  and Mel Franklin (District 9) -- and support from County Executive Rushern Baker,  only support of one more council member is needed to bring small donor matching to Prince George's County. Though considered a basic formality in the legislative process, with no official testimony, members of the public used the opportunity to thank the council for taking on this bill and shared why the creation of the Fair Elections Fund is so important from various perspectives. For example, Carol Nezzo, a resident of District 3, touched on the impact of the Citizen's United decision and the need of programs to restore public confidence in the electoral system. Another county resident, Susan Stewart of District 4, touched on how the cost of campaigns is a significant barrier to many possible candidates.

"The next step of the legislation is in the PSFM committee. Hopefully, it will progress quickly and additional council members will come to support the bill. The PSFM committee meets Feb. 8 and Feb. 22 this 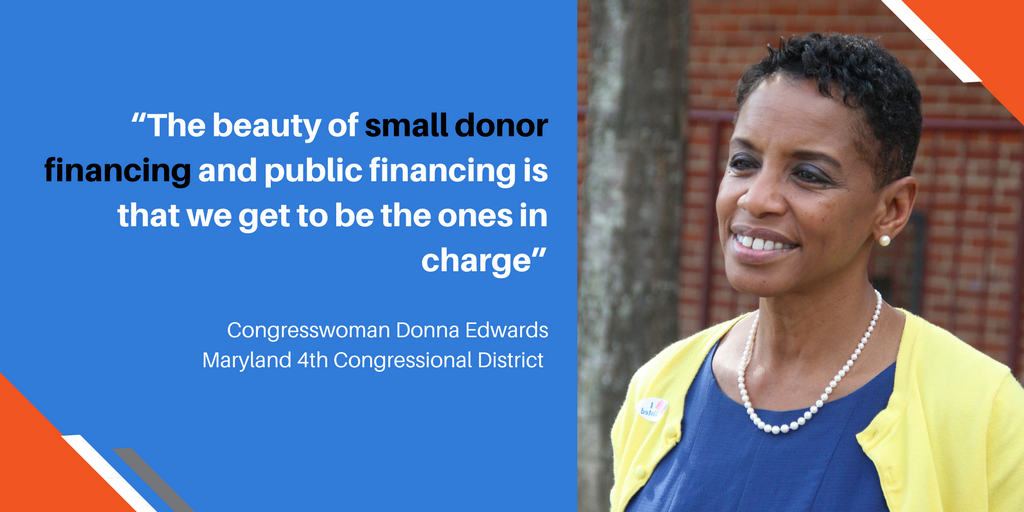 month; members are Councilmembers Lehman, Todd Turner, Taveras, Patterson and Derrick Leon Davis. Support continues to grow as the public continues to learn about the program. At a forum in Bowie on January 25th, with over 50 county residents in attendance, information about the program was received positively.  Speakers included people experiencing the similar program currently active in Montgomery County. A campaign manager, Michelle Whittaker, shared how the empowering effect is clear. A wide range of first-time candidates and incumbents are participating, including women and people of color who do not feel they have the network to raise funds in the traditional manner. "

The effort to reduce the influence of big money in state elections continues. At the Assembly level, an effort is under way and a bill in process to expand the number of offices for which the small donor programs can assist candidates. Jennifer Dwyer, Progressive Maryland’s policy and legislative director, has jointly submitted testimony to the House of Delegates Ways & Means Committee on HB 174 with Common Cause Maryland:

"Common Cause Maryland and Progressive Maryland support HB 174, which would expand on the Campaign Finance Reform Act of 2013 (CFRA) by allowing public campaign finance systems currently allowed in the counties to also cover offices for board of education, clerk of the circuit court, register of wills, sheriff, or State’s Attorney.

"The Campaign Finance Reform Act of 2013 included language that allowed counties to create public campaign funding programs that would allow candidates for county council and county executive to run for office with the support of their communities.  The Montgomery County Council quickly passed their own program by unanimous vote in 2014. In 2016, a majority of Howard County voters voted in favor of creating their own program. As of now, legislators in multiple counties have expressed interest in creating similar programs for their jurisdictions, with Prince George’s County expected to consider legislation to implement a small dollar public funding program of their own this year.

"The 2018 elections will see the first use of Montgomery County’s program, and initial indications are incredibly positive: a diverse, bipartisan mixture of incumbents and first-time candidates have opted into the program and are competitively fundraising by soliciting only small-dollar donations from individual members of their community.

"These programs have been gaining popularity in Maryland for a simple reason: particularly since the Citizens United decision, Americans across the political spectrum feel that our campaign system is disconnected from the populace, and that LLCs and wealthy individuals render regular Marylanders’ voices meaningless in the current campaign finance environment.  Small dollar public funding programs, on the other hand, lift up regular Marylanders’ voices, and empower those with community-supported ideas who may not have connections to deep-pocketed interests.

"While CFRA allows counties to address this problem for county council candidates, the problem exists at every level from Governor on down. Common Cause Maryland and Progressive Maryland support lifting up the voices of regular Americans in every election for every office, and so we request a favorable report on HB 174 to allow counties to continue to expand public funding programs at their discretion."