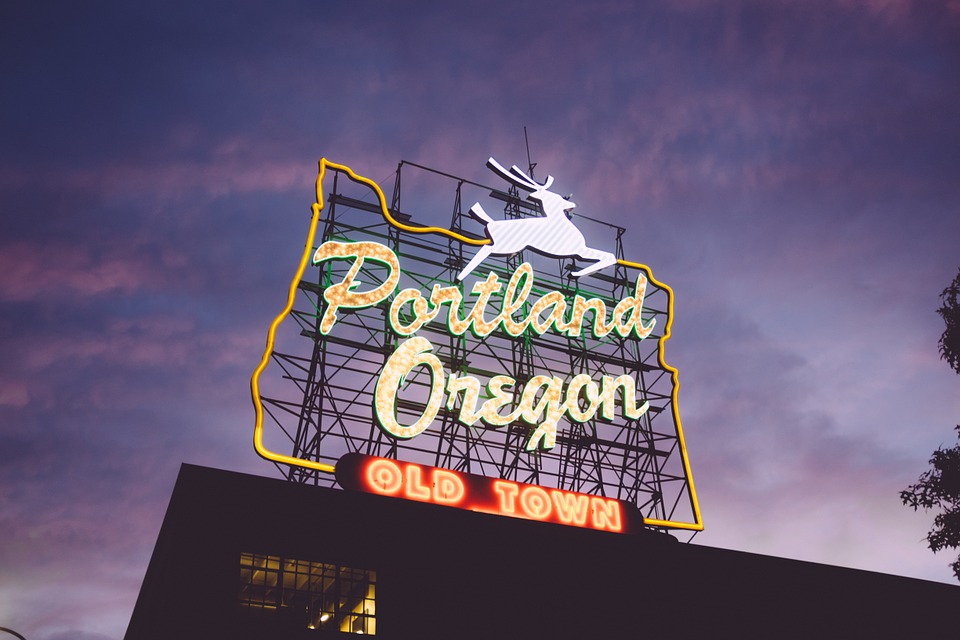 Even in the face of Trump's corporate coup, local and state governments can reduce income inequality with affirmative moves like those in Portland, Oregon -- where out-of-balance CEO compensation will have its price, and benefit the public. Hal Ginsberg recounts how Maryland and its local governments can consider this step.

/By Hal Ginsberg/ Shortly after the Presidential election, I urged progressives to focus efforts on improving circumstances for poor, working, and middle-class people in targeted localities and states.  At the national level, President-elect Trump and the solidly Republican Congress will not be responsive to our concerns and do not share our values.  We will have to fight rearguard actions in Washington to try to preserve what remains of the positive legacies of FDR and LBJ.  Opportunities to build on them at the national level are likely to be few and far between.

But the outlook in Maryland isn’t as dire, and there is still more we can do here.  Minimum wage workers in Montgomery County are likely to see graduated hikes in their salaries to $15 per hour by 2020 or 2022 at the latest.  Baltimore City and Prince George’s County may well follow suit.  Marylanders who work in the District of Columbia will be paid no less than $15 per hour by 2020 and those at the bottom of the pay scale can count on annual upward adjustments to match inflation.

Mandating increases in the salaries paid to the working-poor is of critical importance to them of course.  In addition, studies show that minimum wage hikes strengthen the business environment where low-wage workers live and shop and lead to more, not less, employment opportunities.  Still, raising the minimum wage may have a negative impact on some struggling local companies and tamp down job growth in some industries.

Progressives should therefore seek ways to supplement minimum wage hikes with legislation that incentivizes companies to pay workers fairly without potential negative ramifications.  Portland, Oregon, is showing the way.  Last Wednesday, the City Council voted to impose a surtax on publicly owned companies doing business in Portland which pay their CEO more than 100 times the median pay of rank and file workers.

Corporations that pay their CEO more than 250 times the median will have to pay a stiff 25% surtax.  The tax is on the 2.2% Portland currently assesses against business profits generated within city limits.  Expected revenues of between $2.5 and $3.5 million annually will go to Portland’s general expenditures fund.

Starting in 2017, the Dodd Frank Act requires publicly traded corporations to set out annually the ratio between its CEO’s compensation and the median salary paid.  This ratio will determine liability.  With some exceptions, multi-national corporations must include foreign workers in the pool of employees from which they determine median salary.

It is easy to see how Maryland would reap significant benefits from enacting such a law while incurring few if any costs.  A well-formed law would avoid undue pressure on small, growing firms while constraining wildly unbalanced compensation and misbehavior in large, mature ones across the following range of business considerations.

One, it will raise revenues for the state without imposing an additional tax burden on smaller businesses or individual residents.  For example, a company with a median employee salary of $40,000 per year – well below the average Marylander’s income - would only be subject to the surtax if its CEO earned over $4 million.

Two, it will level the playing field to an extent since the companies that do have to pay the tax are those that can most easily afford to.  Smaller businesses with CEOs and top managers who report pay in the thousands rather than millions will bear a relatively reduced tax burden.

Three, it might even cause CEOs of some companies to raise the pay of rank and file employees so that they can increase their own pay without additional tax liability.  Conversely, CEOs may think twice about cutting wages.  The requirement that multinationals include non-American workers when calculating median employee income is crucial here.  Highly paid CEOs considering a move off-shore to take advantage of lower labor costs will have to take into account the possibility that an increased corporate tax burden will result.

If foreign workers were not included in the calculation, the surtax could have the perverse effect of rewarding corporations that transfer operations out of the United States.  Relatively low-paid American workers whom corporations have to consider when determining median salary would be replaced by even lower-paid workers for whom the corporation would not have to account.  This would lead to a higher published median wage but reduced labor costs per employee and possibly evading the surtax.

A fourth reason for enacting a corporate surtax here similar to the one in Portland, Oregon is that only net income is subject to the tax. So companies that are struggling to turn a profit or just starting up will not be affected.  Thus the tax could not push any companies into bankruptcy or receivership.   In any event, it is reasonable to argue that one of the first things unprofitable companies with very highly paid managers should do is cut executive salaries.

Five, with very few exceptions, corporations will not be able to evade the tax by laying off Maryland employees since the surcharge is not paid per state employee but rather is assessed on the profit generated within the state.  A corporation that pays its CEO tens of millions could only avoid the surtax if it sacrificed profitable business within the state and the tax savings would be 90% or 75% lower than the loss in net income.  In other words, tax avoidance schemes would almost invariably leave companies with significantly reduced after-tax income.

Growing wealth and income inequality is perhaps the primary reason that there has been virtually no growth in the real wages of the bottom 50% in over 40 years.  Since the 1960s, CEOs of large companies have been able to boost their compensation from approximately 24 times their median employee’s salary to hundreds of times more.  This extraordinary and growing, some might say obscene, gap amounts to an ongoing class war that the poor, working, and middle-class are losing to the ultra-rich.  Assessing an additional tax on corporations that are aggravating the problem is an important step towards a more equitable society and one that we can take in Maryland regardless of the hostile reaction it would receive in the White House, Congress, and K Street boardrooms.

Hal Ginsberg is a PM BlogSpace regular and also blogs at http://halginsberg.com/