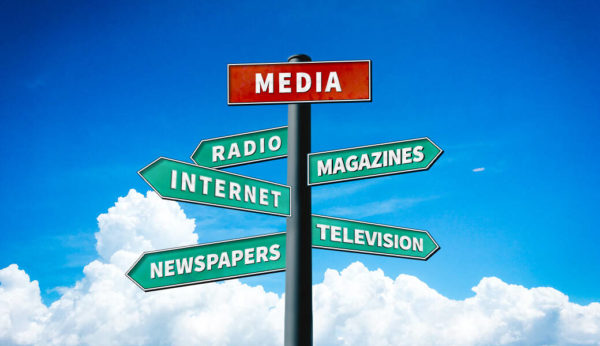 Where to get news you can use in Maryland? The landscape is shifting under us every day, as this roundup from Baltimore Fishbowl outlines. Financial squeezes on the legacy media all over the world are bringing change, not all of it good, and it's getting harder to tell well-grounded, factual news from misinformation.

As a Banner unfurls, Baltimore’s media landscape is changing

By Tim Swift  <> published February 16 in the Baltimore Fishbowl

Baltimore’s biggest presses may have stopped turning, but the region’s news is flowing like never before.

Last month, when The Baltimore Sun shut down its Port Covington production facility and moved print operations to Delaware, it marked the end of one era in the region’s news landscape as another is blossoming.

Digital-only publications are playing a growing role in the information ecosystem, and websites, media mergers, and the impending launch of a major new non-profit are filling voids and creating plenty of buzz – regionally and nationally.

Journalists, academics and others say they are eager to see what lies ahead, even as major questions remain.

Can revenues from membership, subscriptions and advertising support good salaries for journalists? Can emerging media platforms provide the same depth of coverage as the massive newsrooms of the Sunpapers, WJZ-TV and WBAL radio of decades ago? Will residents get the news they need, in neighborhoods, for accountability?

The well-documented retrenchment of local news has meant that “nobody has a human being to send to every school board meeting, and every city and town council meeting and to every police station to check the police reports,” said Rafael Lorente, associate dean at the Philip Merrill College of Journalism at the University of Maryland College Park.

“Nobody has that,” Lorente said. “And that’s a big loss for local communities, and neighborhoods.”

Still, Baltimore appears poised to join the ranks of cities such as Austin, Texas; Chicago and Salt Lake City, where new models are adding layers of coverage, and filling gaps.

A setting Sun and a waving Banner

The Baltimore Banner, the flagship outlet of the Venetoulis Institute for Local Journalism, has received most of the attention to date. The Banner, yet to launch, is a non-profit news organization created in large part because its founder, wealthy hotel and skilled nursing care industry leader and former Maryland state senator Stewart Bainum, failed in his effort to buy the Baltimore Sun and its parent company, and decided to create a competitor out of whole cloth.

The Banner, which will be digital-only, has hired experienced editors and managers, including some notable Baltimore Sun journalists, and is pledging thorough local coverage with funding through a combination of advertising, subscriptions and donations.

But even once it is ramped up, its staff will still be a fraction of what The Sun once had, at least to start. The Sun says it employs more than 100 journalists across its media properties, which include the Annapolis Capital Gazette, the Carroll County Times and the Aegis of Harford County. Baltimore Sun Publisher Trif Alatzas calls them “the largest group of journalists in the region,” and the newspapers frequently share content.

In addition to the Banner, another digital-only news site will soon be coming to town.

Baltimore is one of 11 cities that is part of the 2022 expansion plans of Axios Local. Others include Boston and Seattle.

Axios, launched in 2016 by the brain trust behind Politico – Jim Vandehei and Mike Allen – began as a provider of brief, quick-read newsletters on national affairs and industry trends. In 2020, Axios acquired Charlotte Agenda, a homegrown local features website that was used as the basis for Axios Local. The websites share the brief, quick-read style that characterizes Axios.

There will be two reporters based in Baltimore, said Yolanda Taylor Brignoni, vice president of communications.

“Axios chooses its cities based on a number of editorial and advertising factors, including where Axios’ other newsletter subscribers live,” Brignoni said. “Axios Local prioritized bigger cities to start for proof of concept and to pressure-test business and editorial elements of the business model. We welcome clever ideas for bringing this concept to smaller towns, especially news deserts, faster.”

She said the site would launch “in the coming months once staff is hired.”

There are several other players in the digital-only space, including Baltimore Fishbowl, now in its 11th year and focusing on livability, culture, lifestyle, and neighborhood news.

The emphases of Baltimore’s digital news sites are varied. Baltimore Brew specializes in analyses and investigations into city government affairs, a similar focus of The Real News Networks.

Each of these websites breaks stories, drives debate and fills news holes left by other media retrenchment with regularity.

While it’s considered legacy media, local television is still how many people get their news, especially those over 50. Baltimore is the nation’s 28th largest media market (Washington is 9th).

And they are adapting and growing. WBAL and WJZ, for example, have added to their newscasts as live news and sports become more in demand in the age of Netflix.

Joshua Davidsburg, a former WBAL reporter who is now a senior lecturer at the University of Maryland, said the Baltimore TV news market is known for its higher quality despite being a smaller market. Local broadcast news, he said, has been spared much of the cost-cutting seen in other parts of the media, making a bright spot in a mostly gloomy landscape.

However, online coverage remains a weak point, and Davidsburg hopes that additional competition from The Banner may spur new innovation.

“I love TV news, and I want to see it change and evolve. And I think the only way to do that is to challenge it, and hopefully, The Banner will be able to come in and do that. I have high hopes.”

Representatives from all four news stations declined to comment for this article.

“I think Baltimore TV is kind of a little static, but at the same time, it’s a good representation of what TV news can be,” Davidsburg said.

No static at all

Radio news is evolving as well, as the AM stations of decades ago yield some of their news dominance.

According to Nielsen audio ratings, the Baltimore-area news-focused station with the largest reach is public radio’s WYPR-FM, followed by WCBM-AM, WAMU-FM (based in Washington) and WBAL-AM.

LaFontaine Oliver, WYPR president and general manager, said the NPR affiliate plans to hire more journalists in the coming months including a reporter dedicated to covering environmental issues. However, Oliver doesn’t think the debut of The Banner will affect how WYPR covers the news.

“The beautiful thing about public media offers is we have the opportunity to provide local, national and international news and information through our partnerships with the BBC, NPR, American Public Media and others, and then marry that with equally compelling locally produced content,” Oliver said.

The newsroom of WBAL and WCBM have undergone major changes. On WBAL, major local institutions like Ron Smith and Dave Durian are gone, and the talent hired to fill gaps often doesn’t have the local experience or time to build sources, and generate unique content.

Consolidation in the radio industry, as in newspapers, has meant fewer voices, and less local coverage.

New financing models, and wringing profits from old ones

Last summer, The Sun and its parent company, Tribune Publishing, were purchased by Alden Global Capital, a hedge fund that now owns about 200 papers across the U.S., and is known for aggressive cost-cutting at its newsrooms.

Shortly after the purchase, The Sun newsroom shrank again with another round of buyouts.

“Wherever Alden has gone, no good things have happened,” said Lorente, the Merrill College dean. “Is that what’s going to happen in Baltimore? I don’t know.”

Alden’s reputation is so grim that some media observers are now starting to question whether The Sun will be able to survive its latest owners who have been described by critics as “vultures” who specialize in distressed business by driving them to bankruptcy or turning a profit by cutting to the bone.

But The Banner has a different model.

Robert Embry is the president of the Abell Foundation, a group that had worked for years with former Baltimore County Executive Ted Venetoulis to put The Sun under local ownership.

Although the Abell Foundation isn’t affiliated with The Banner, Embry and his team have acted as informal advisors.

“[Bainum’s] view is that The Sun’s future is very challenged and that he would like to have an alternative created in case The Sun ceases publication and if it doesn’t then it’s just an additional source of information,” Embry said. “Well, I’m excited about it. It’s another source of information for the Baltimore community and the people that they have hired have outstanding reputations.”

The Banner has already hired a noteworthy team of journalists, including some top editors from the Los Angeles Times and Baltimore Sun veterans like Justin Fenton and Liz Bowie. On Wednesday, State House bureau chief Pamela Wood announced she was leaving The Sun for The Banner.

“We did some research about six or seven months ago and basically the market here needs more local content,” said Imtiaz Patel, chief executive of the Banner. “I think there are different sources that provide pieces of this. I think our job is we want to bring it all together and we want to do it really, really well.”

Patel and Bainum took inspiration from the Philadelphia Inquirer when establishing The Banner. Pennsylvania’s largest newspaper came under the ownership of a nonprofit, the LenFest Institute for Journalism in 2016.

Since then, the Inquirer has managed to expand its coverage in important areas such as state government despite the challenging economic conditions for legacy print publications, said James Friedlich, the chief executive of the Lenfest Institute.

“Operating as a nonprofit opens the door to public donations. And that’s a larger trend in American local news.” Friedlich said. “We now have about 5,000 individual donors from among the readers of the Inquirer. And we have 65 institutional donors, meaning corporations and national or local foundations that support the Philadelphia Inquirer.”

He said the Inquirer receives about $6 million in donations each year from The Lenfest Institute for Journalism. Of this total roughly $1.5 million is from Lenfest‘s own funds and $3.5 million is donated by the public or foundations.

“The second benefit is that being nonprofit allows you to operate at breakeven,” Friedlich said. “The difference between the Baltimore Sun and The Philadelphia Inquirer, among others, is that the Baltimore Sun under Alden has to pay a substantial dividend.”

Patel said The Banner has not received any major donations thus far, but his development team starts work this month.

He said hiring has been a challenge in the tight labor market and that he wanted readers to be patient as The Banner debuts. The site will have a heavy focus on the city but will eventually expand to cover the surrounding counties.

Alatzas, the Sun publisher, said in a statement that he welcomed all newcomers and that The Sun would be producing news “for generations to come.”

Oliver, of WYPR, offered a similar view. Although WYPR’s membership model differs from The Banner and Inquirer, he said experimentation is essential for local journalism to thrive again.

“I actually believe the problem of local news and journalism and that market failure is so big that we’re gonna need to throw lots of different models at it, to solve it and to figure out how we serve our communities,” he said.