News you can Use: Gov, Assembly agree on tax break package 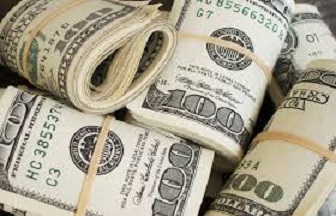 Larry Hogan and Assembly leaders agreed today (Monday, March 28) on a tax-cut package with social spending that melds their conflicts. There’s movement on the big climate bill, the impact of the gas tax holiday, and more. Also, lots going on in Congress and agencies to catch our eyes – “Build Back Better” may come in a discount version. Our Monday "News You Can Use" blog wrapup keeps you current on federal, state and local government activity. Alas, we don't have very much news about cute animals but we will keep looking.

Starting with the government at the other end of the Metrorail this week:

Inside straight for M4A (from People’s Action)

The Government Oversight Committee hearing on Universal healthcare will be on Tuesday, 3/29 at 9am.  -- it will focus heavily on Medicare for All since many of the committee members are progressive and cosponsors of Medicare for All [including three from Maryland – Reps Mfume, Raskin and Sarbanes, all co-sponsors of M4A], . There should be a link to livestream the hearing on the website on the day of the hearing and social media lifting up the hearing is encouraged.

Salvaging “build back less bad” – “There was news that Senator Manchin is ready to negotiate with the White House on the budget reconciliation package, including the same items that he named after the State of the Union: increased taxes on the rich and corporations, and prescription drug reform from Build Back Better and climate action, with the rest of the funds going towards deficit reduction. Progressives will continue to push for other provisions as there should be ample funding to do so and the programs would all lower costs for people. The White House is committed to keeping the negotiations out of the news so they are keeping quiet,” Megan Essaheb at PA summarizes. Meanwhile, The Washington Post reports that President Biden will include a new minimum billionaires tax [a genuine wealth tax, 20 percent minimum for all households worth more than $100m] in his proposed budget to Congress set to come today (Monday). The request kicks off the FY2023 appropriations cycle.

Also from PA, originally in Inside Climate News, under-the-radar good news from a critical federal agency recently improved by new appointees: “The Federal Energy Regulatory Commission has issued new policy statements saying its approval process for natural gas pipelines and liquified natural gas facilities will take greenhouse gas emissions and “environmental justice” impacts into consideration in determining whether the infrastructure projects are in the public interest. Although non-binding, the policy statements, issued last month, could significantly change how natural gas pipelines are approved by the commission going forward.” Marylanders will note that climate activists here have passed a measure requiring our state Public Service Commission to take climate into consideration in approving new projects.

Just when COVID begins to, well, be less raging, PA notes “Congress still hasn’t passed a COVID supplemental funding package. From Be a Hero: The biggest issue we're focusing on right now is that the Uninsured Program that reimburses providers for testing and treatment ran out of funds to reimburse for uninsured people early this week, and on April 5th, it will run out of funds to cover vaccines for uninsured people. Be a Hero has a petition to Congress  everyone can sign on to.

The Sun reports “Republican Gov. Larry Hogan and the top Democrats in the Maryland General Assembly agreed on a package of tax cuts that will slash state income taxes for most retirees, exempt many child care and medical products from state sales tax and create a new tax credit for businesses that hire Marylanders from groups who often struggle to find jobs.” More here about this long-discussed deal.

Also, gasoline will (briefly) be cheaperunder a 30-day gas tax moratorium passed by legislators that went into effect March 18. The Capital News Service (UMCP J-school) reported motorists could expect to save 36 cents per gallon between March 18 and April 16, and that everyone (Larry Hogan, legislators) said they wanted the tax break to last longer but somehow all attempts to make it so failed. Industry analysts cautioned that the tax break, atop a fluctuating price for fuel, could be hard to discern on filling-station price signs. A week later, the Sun reported, prices had actually dropped an average 39 cents per gallon as the gas market slackened a few pennies per. The state will be out an estimated $94 million of dedicated highway trust fund moolah in the 30-day period, which may help explain why everybody claimed to want to make it longer-lasting but just sorta didn’t.

Timing is everything: Larry Hogan has shown himself pretty surefooted about waiting to veto a significant, pro-people bill after it’s too late for the Assembly to do anything about it, delaying a bill’s effect for a year until the Assembly meets again to override last year’s vetoes. The much needed bill granting paid sick leave in Maryland, which took years to get through the Assembly because of business lobbying, was delayed one more year by a veto, an especially teeth-grinding experience for progressive legislators and activists. Larry loves to do that, and because the whole Assembly bows out next year, vetoed bills don’t just need and override, they need to start from scratch in the newly elected Assembly’s 2023 Session. How do you avoid that fate? Pass good bills early, not at the last minute. The app for that is called Presentment Date, the last day in the Session that requires a veto while the Assembly can do something about it – and it is this Friday, April 1. Our allies at the Maryland Legislative Coalition have the details on Presentment Date  here, as well as listing the good-ish bills that made it through Crossover Day last week. Some of those bills will have hearings in the opposite chamber this week, meaning extra attention is needed if you have a legislator on a committee that’s hearing a bill you care about. Check that hearing list here.

But what’s missing? Some bills, including some you have never heard of, didn’t pass the Crossover Day hurdle. If you experience FOMO (fear of missing out) on what’s missing, The Sun has a remedy with this listicle.

Last year’s climate-bill impasse may have been resolved: House set to debate climate bill: Two key committees in the House of Delegates voted back to back on Friday to approve an amended version of a sweeping climate bill that would accelerate the statewide goal to achieve carbon neutral emissions by 2045. A Maryland Matters account will break down the changes for you, plus what’s next.

Worried about climate in Maryland? Another sleep-disturbing survey… Most Flood-damaged Properties to Face Repeat Problems: High waters have caused repeated damage to more than 1,300 flood-insured homes, businesses and government buildings in the state in recent decades, according to data obtained by The Baltimore Sun. But only about one in every eight has been improved in ways likely to prevent significant future flood losses — and those are costs that taxpayers eventually could shoulder. Scott Dance/The Baltimore Sun.

Health Care: as Maryland’s population ages – and hopes to do so “in place” whenever possible to reduce the costs and uncertainties of institutional care – two folks on the front lines of home health care argue that the state’s information on, and salary provisions for, that service are way behind the curve. How to fix? Two bills in the Assembly could be a big step, they say in an opinion in Maryland Matters. The odds for those bills are still “murky” according to The Sun

As cannabis decriminalization shapes into legal use and sale, a warning that the history of drug enforcement has many victims who need consideration today … Commentary: Black People Hit Hardest By War On Drugs: As the Maryland General Assembly considers legalizing recreational cannabis, we need a policy that explicitly repairs the harm that has been done to Black people as a result of the war on drugs. Dayvon Love/The Afro