News you can use: politicized health, tough path for climate bill, bugging Schumer and more 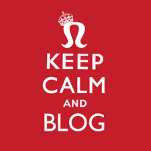 Progressive organizations join in appeal to Sen Schumer to move people-centered programs while Ukraine aid and COVID relief kick-start Senate gridlock. In Maryland, business complaints are obstacles to climate action, and a House committee inquires if Hogan's agencies are playing politics (what?!) on COVID care. This and more in your roundup of Maryland news you can use, plus a federal garni following the State of the Union address. Read on.

On the national scene: another government shutdown threat is sneaking up on us – the deadline is this Friday, March 11 for an omnibus bill including Ukraine relief and COVID relief supplementals – or not, in which case we will hear the tinny rattle of Trump’s budget being kicked down the road one more time in a continuing resolution. Progressive Maryland, along with our national affiliate People’s Action, the Working Families Party, Indivisible and other groups are signing off on an open letter to Chuck Schumer, the Majority Leader, to follow up on Pres. Biden’s State of the Union address and get some momentum behind a people-focused reconciliation bill that can satisfy the whole Dem caucus including Manchin and Sinema. Here’s the core message of that open letter to Schumer:

“The urgency of this legislation has only grown since the House passed it in November of 2021. Working people are facing rising costs for food, health care and other necessities and median rent prices rose an astounding 20% in 2021, furthering a national housing crisis. Taking steps to decarbonize and build a green economy becomes more pressing by the day. We are optimistic that you can achieve consensus in the Democratic caucus and deliver passage on most, if not all, of the critical investments the President has laid out. Doing so would provide needed relief to families facing rising costs of healthcare, housing and other necessities, lower energy costs while greening our economy, and strengthen our economy by making the wealthy and corporations pay their fair share. Further, doing so quickly would ensure our communities feel the benefits of these investments sooner, which is especially important for programs that may take some time to implement.”

Megan Essaheb, who does the People’s Action Monday roundup, notes that the huge increases in housing costs actually did not appear in Biden’s speech but that doesn’t stop us from beating the drum on this critical topic (note below in MD section that there’s a bill addressing some of those housing issues).

There also seems to be some hope that Manchin will go along with climate legislation as long as it is coupled with revenue-raising tax reform (clawing back some of the Trump tax bill’s bennies for the rich, maybe?) Here’s the latest White House climate worksheet.

Defund and abolition of policing may be long reaches right now despite a steady series of excessive-force and cop murder incidents. But the public highly favors harm reduction and wants to see that built into more public safety budgets. Republicans around the country are trying to get traction by spinning big lies about harm reduction and there will be “Stop Killing Us!” street action in NYC and Austin, TX this week. Info here on how to support it.

Closer to home: In Maryland, the General Assembly churns on; it’s bill-rescue time in some cases

Bill filed to protect tenants with pandemic-related evictions or notices

[From Maryland Matters] Tenants who were evicted or served with eviction notices during the pandemic are finding those records make their search for new rentals difficult. Although courts were shut down due to the pandemic and limited federal and state protections were available to tenants facing eviction, new failure to pay rent evictions have been filed throughout the pandemic.

State lawmakers are considering legislation to allow tenants to shield those filings from public view. House Bill 521, sponsored by Del. Joseline Peña-Melnyk (D-Prince George’s), would allow tenants to petition courts to shield records of failure to pay rent cases that were filed between March 5, 2020 and Jan. 1, 2022.

The narrowly-tailored legislation applies specifically to cases where the failure to pay rent was due to a loss of income caused by the pandemic. Peña-Melnyk said the bill has support from the Apartment and Office Building Association, a group that lobbies for landlords.

[From Maryland Matters] Two former county health officers told state lawmakers that pandemic policy-making in Maryland has become dangerously politicized and that the state Department of Health routinely failed to support health officers who come under attack, even though they are state employees.

“This is a decision for schools and parents,” Hogan wrote, “not politicians.” Gayles said “This tone suggested that health care decisions were being made from a political angle.”

After the testimony, Lam expressed concern about the agency’s attitudes toward Maryland’s 24 local health officers. “It almost sounds as though they are toxic now,” he said.

The bill passed in a 7-4 vote on party lines and is headed to the Senate Budget and Taxation Committee next.

After the vote, Pinsky tweeted that the amended bill was “a major step forward but weakened by the utility industry that placed their profits ahead of people & the environment.”

During a news conference Friday, Ferguson expressed confidence that meaningful climate legislation would pass this year and said he expected to see Pinsky’s bill on the Senate floor next week.

“The climate bill is going to get done this year…but it’s not easy,” he said. “Everyone wants to see reductions in greenhouse gas emissions.”

[From Maryland Matters] The U.S. Department of Transportation has approved a $1.7 billion loan to help get the beleaguered Purple Line get back on track, members of Maryland’s congressional delegation announced on Thursday.

The loan is a significant step toward completion of a restructured financing package made necessary by the departure of the project’s primary subcontractor 18 months ago.

[From Maryland Matters] Lawmakers are considering a bill that would require governmental agencies to evaluate how their actions may negatively affect the climate or hamper environmental justice efforts.

The “Climate Equity Act” would require governmental agencies to assess the impacts of climate, environmental justice and labor before approving permits or projects. It is modeled after a measure that passed last year, requiring the Maryland Public Service Commission — which regulates the state’s gas, electric and water utilities — to consider the effect of climate change while reviewing applications for new generating facilities.

And a "big picture" moment: if you haven't run across Chuck Collins, Rebekah Entralgo, Sam Pizzigati and the "Inequality Report" they curate every week, it's time you met them and their product. This week, eerily in train with Joe Manchin's call to bring some equality to the tax system, they point out that even if the IRS gets a personnel boost (after years of steady funding cuts) to help enforce the tax laws we have, it's unlikely they will be able to match up against what they call the “ 'wealth-defense industry,' that swarm of financial advisors, law firms, and lobbyists dedicated to protecting grand private fortunes." Manchin, like many other longtime senators, has become quite the millionaire, so we wouldn't expect him to seek heavy taxes on his own wealth -- just those other people. But the "Inequality Report" will help you keep tabs on who the wealthy winners are and why they keep winning. Making your blood boil once a week is good exercise for activists.

Hey readers, do you have news we are missing? Send us hints and nudges (especially if there's a link available) to the blog moderator, Woody W, at [email protected]