News you can use: progressive advances and cautious steps to 'normal' 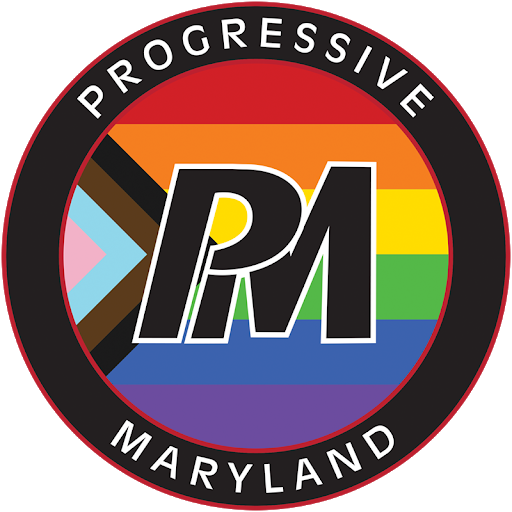 Close to home: final action on allowing local school systems flexibility in mask policy. Plus, the General Assembly continues to churn through its calendar with many bills, for good or ill, crossing over or getting crucial hearings. Be sure to check our Weekly Memo for the ones that matter the most. And we hear from our allied folks at our national affiliate People's Action about what needs your attention at both ends of Pennsylvania Avenue, down where the Metrorail lines cross. See it all in this roundup of News You Can Use.

First, state action that hits close to home: Starting as soon as tomorrow (March 1), Maryland public schools can shift to a mask optional policy, after state lawmakers on Friday approved the state Board of Education’s decision to rescind the emergency statewide mask mandate. Decisions on face masking requirements will now be up to local school systems.

The approval by the General Assembly’s Joint Committee on Administrative, Executive and Legislative Review comes after the State Board of Education voted 12-2 earlier this week to lift the emergency regulation mandating the use of face masks in school buildings.

Annapolis roller coaster – lobbyists, activist advocates for progressive legislation and others are working the aisles as bills move across from one chamber to the other (or sometimes not).

Our allies at the Maryland Legislative Coalition keep the news coming about progressive bills in the State House, including cannabis legalization, criminal justice and more, and also line up the bill hearings coming up soon-ish in both chambers.

From Maryland Matters: Construction and the climate bills: A powerful array of utilities, building industry groups, energy companies and restaurateurs are lining up to defeat a key provision of major climate change legislation that legislative leaders are hoping to push through the General Assembly over the next few weeks.

They’re objecting to a measure that would impose strict emissions reductions standards on the building industry and push for new commercial and residential building construction to use only electric sources for heating, with the goal of achieving net zero carbon emissions for the building sector by the year 2040.

And more lobbyists earning (?) their bucks – trying to keep auto insurance costs high for low-income folks. Here’s an alert FOR TODAY from our allies at the Job Opportunities Task Force:  TODAY, February 28th, the House Economic Matters Committee will hold a vote on House Bill 436: Motor Vehicle Insurance - Use of Credit History in Rating Policies. The proposed legislation, a direct recommendation from JOTF's 2018 criminalization of poverty report, was originally introduced to help low-income workers who can’t afford auto insurance by eliminating the use of credit history in the underwriting process. The use of credit history almost doubles the cost of insurance for those with poor credit vs. excellent credit ($2935 vs. $1565).
Instead, auto insurance lobbyists are attempting to strip House Bill 436 of its original language and replace it with vague, unenforceable language about catastrophic emergencies. The bill, as amended by the insurance industry, does nothing to address the use of credit history in auto insurance premiums and maintains unaffordable rates for low-income Marylanders.

Contact the committee members to OPPOSE amendments to House Bill 436!

The Maryland House of Delegates passed a bill Friday that would allow voters to decide whether to legalize cannabis.

If House Bill 1, sponsored by House Judiciary Committee Chair Luke H. Clippinger (D-Baltimore City), successfully makes it through the Senate chamber, voters can expect to see the question on the 2022 general election ballot.

Fair elections – in the General Assembly?

Josh Kurtz writes in Maryland Matters that “public financing, which has been available for gubernatorial campaigns for three decades, has also taken hold in some of Maryland’s largest jurisdictions.

“Now, for the second year in a row following a long hiatus, [Prince George’s Sen. Paul] Pinsky has reignited the debate over public financing for House and Senate elections, with a bill that would give candidates the option of receiving public contributions from the Fair Campaign Financing Fund if they meet certain low-dollar fundraising thresholds and agree to spending limitations.”

Gov. Lawrence J. Hogan Jr. (R) submitted a supplemental budget to the legislature on Tuesday that directs $139.9 million for programs outlined in the state’s multi-year education reform plan that advocates and lawmakers had argued was missing from the governor’s initial budget.

The allocation is part of a larger supplemental appropriation of $480 million announced Tuesday.

After Hogan unveiled his spending plan for fiscal year 2023 last month, the Department of Legislative Services analysts concluded that the spending plan did not include $139.7 million for specific programs stipulated in the Blueprint for Maryland’s Future education reform plan. The largest chunk of disputed funding was $125.5 million specifically intended for the Baltimore City and Prince George’s County school systems.

Moving from Maryland news to national news, our allies at our national affiliate People’s Action report Ukraine is on everyone’s mind but the tragedy of war is not distracting US business from reaping profits and, probably, pushing up prices…

“Russia’s invasion of Ukraine is overshadowing everything in American politics and the news media. One domestic impact of the war is that may have a negative impact on the Biden administration’s climate goals. From Politico: “Some Biden advisers fear that if Russian gas and oil is cut off for Europe, which will look to the U.S. for help, then American politics may turn sharply against action on climate change in favor of energy security, a point Republicans are already hammering.” Greg Sargent describes how Republicans are speaking out of both sides of their mouth by trying to criticize both Putin and Biden.

And more: From the Hill: “The rise in demand for green jobs is dramatically outpacing that of the oil and gas sector — and the talent needed to supply it, according to a recent report from LinkedIn. The number of jobs in renewables in the U.S has increased by 237 percent over the last five years, the report found — compared to a 19 percent rise in oil and gas jobs.” Axios had a similar report. More than ever, we wonder what the Maryland construction industry’s problem could be – a threat to their profits? Sure looks like more jobs any way you slice it. And speaking of more jobs: NPR reports: “some 2 million abandoned oil and gas wells are leaking methane, a potent climate-warming gas. Now billions of dollars from the infrastructure law will be spent to cap them.” Where is inflation coming from? Not consumer expectations, for sure, but profit-seeking: The Hill: Home Prices rose nearly 19% in 2021. “Rising rents could add more fuel to inflation as the rental market approaches its hottest stretch of the year” Tis doesn't sound like wages are keeping up with corporate profit-taking... after all, who's got pricing power?