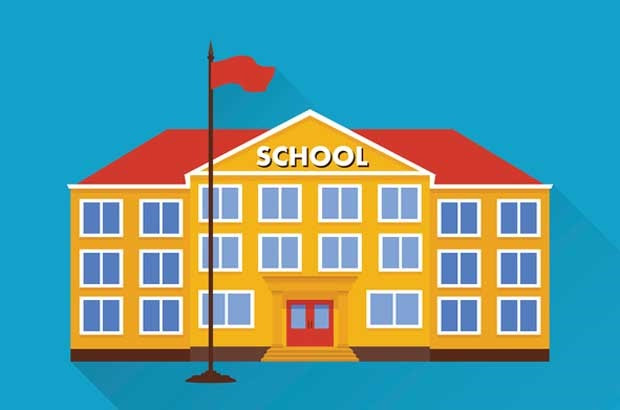 Maryland's Blueprint for school reform is grounded in the proven community schools model, in which "wraparound" services are added to an enhanced and enriched community-centered curriculum in schools where communities themselves are impacted and struggling.

In this account from IndyMedia's "Our Schools" reporting project, veteran education reporter Jeff Bryant shows how shortsighted "economies of scale" budgeting has led to bad outcomes in a school system that was a showcase for the community schools example. One factor that crippled Oakland, and should give Maryland and DC schools pause as they enter the community schools project, has been the invasive charter school movement.

Some parts of Bryant's deep dive into the Oakland experience have been condensed in this version.

/By Jeff Bryant<>Our Schools/ The Oakland, California, school district touts itself as the nation’s first full-service community schools district, committing to a model of school improvement that, according to the model’s most prominent proponents, provides students with “well-rounded educational opportunities” and the “supports” they need to be successful. Community schools attend to the basic needs of the communities they serve, which often entails, according to news reports, such things as access to health and dental care, nutritious food, arts programs, sports and recreation, or after-school activities. But in February 2022, Oakland, despite its commitment to its districtwide reform plan, announced it is shutting down several of its community schools.

As Mother Jones reported, Oakland school board members voted to close seven schools in the district, three of which—Brookfield Elementary, Carl B. Munck Elementary, and Korematsu Discovery Academy—are official practitioners of the community schools model, according to the National Education Association, which promotes this model and helps schools to implement it. A fourth school, Oakland Community Day School, which is scheduled to be closed at the end of the current academic year, uses an approach very similar to the full-service support offered at most community schools.

The Oakland board’s decision to shut down and merge schools has sparked widespread opposition in the community, including criticism from the teachers’ union and community groups, organized rallies, a protest caravan to board members’ homes, student walkouts, and a hunger strike staged by two Oakland school staff members, which was eventually called off. “On the day of the vote, more than 2,000 viewers logged in to the virtual board meeting and hundreds raised their hands to speak during public comment,” World Socialist Web Site reported. “[A]ll speakers unanimously opposed the school closures.”

Much of the criticism focuses on the fact that the closures disproportionately affect families who are often the most in need of the full-service nature of the community schools approach, principally, families of color with children who often struggle the most in schools. As KQED reported, when the board proposed its initial plan to shutter eight schools in January, “an estimated 93 percent of students, on average, [at the schools affected by the closure plan were] considered either lower-income, English learners, or foster youth—compared to the district-wide average of about 80 percent.” Black students made up about 43 percent of the students affected by this decision and accounted for “almost twice the proportion of Black students in the entire district.”

Board members and the district’s administration maintain that the closures are necessary because of enrollment declines and the district’s longtime financial problems. “Enrollment in Oakland Unified has declined by more than 15,000 over the past 20 years,” the New York Times reported, and, “the district is facing a $12.3 million deficit on top of $3.2 billion in needed repairs at school facilities.”

However, even proponents of the closures, including the editorial board of the East Bay Times, admit, “[C]losing small schools alone will not cover the district’s structural budget shortfall.”

Also, it would seem that closing schools would be more apt to increase student and family attrition—as ousted parents would opt for other providers or leave the district altogether—rather than stemming the bleeding.

According to a 2019 article in EdSource, Oakland Superintendent Kyla Johnson-Trammell has argued that “[t]he only way to improve school outcomes is [to] get enough children in every school so each campus is fiscally sustainable and then to ensure they get the full range of services they need, including support services like counselors, librarians, and so on.”

When the district first proposed closing schools, its presentation to the board repeated the commitment to “build a Full Service Community District focused on high academic achievement while serving the whole child,” but then it proceeded to make the case that the high number of small schools in the district, including those that practice the community schools approach, put that mission “in jeopardy.”

Complicating the matter is Oakland’s history of welcoming charter schools into the district. According to a 2019 analysis by KQED, “in the decade after 2000,” the number of charter schools “more than tripled.” And the charter enrollment in Oakland has remained high, as a 2022 EdSource report noted, growing a total of “around 16 times from 1,011 students in 2000-01 to 16,678 in 2020-21.” The district seemed to be guided by an approach to school improvement that relied on the principles of market competition to attract more students and funding, a reform methodology that seems antithetical to the community schools model that relies on collaboration.

Oakland has had and continues to have relatively high charter school enrollment numbers compared to the rest of California, as EdSource reported in an analysis of 2020-2021 district and state data: “about 32 percent of Oakland students attended charters, while only about 12 percent of students across the state attended charters.” Meanwhile, “between the 2000-01 and 2020-21 school years,” the enrollment in Oakland’s public “district-run schools dropped 34 percent from 53,852 to 35,489, according to the district’s data.” As the per-pupil funding for these students follows them to the charter schools, the district is left with less funding to support the rollout of a successful community schools model.

Often, Oakland public schools, which have been closed or threatened with closure due to low enrollment, have had their classroom spaces leased to charter schools, which is required by California state law but is hotly contested in the community.

[What happens when an established and thriving community school is closed?]

Brookfield Elementary is an Oakland school where the reform initiative took hold but now looks to have been killed as the school is forced to close. ... [even though]  the school has become the anchor of the community. It is located near other nonprofit organizations the school partners with, including a library, a senior living center, and a recreation center. The school also partners with businesses near the school.

The school has specialized staff and partnerships that make it possible to provide mental and physical health services to students and legal services to families. Teacher Corrin Haskell isn’t sure where students and families would go to get these services when the school closes.

Schools that families would have to transfer to are more than a mile away, he said, and the neighborhood, which sits in the middle of a triangle formed by three major thoroughfares, is not walkable. “Everything in the community is attached to the school,” he said.

“Community schools [in Oakland] are still more of an ideal than an actuality,” Janelle Scott told Our Schools. “Consolidating and closing schools seems to challenge that ideal.”

Scott, a University of California at Berkeley professor and researcher who closely studies the impact of school closures and the spread of school privatization, has been a prominent critic of the district’s closure plan, writing in an op-ed for the Mercury News that the savings projections the district claimed will result from the closures “do not account for the costs to students’ health, well-being, and safety, or offer clear plans for transportation and before- and after-school care, which are essential for working families.”

In her phone conversation with Our Schools, Scott said that since the beginning of Oakland’s commitment to the community schools model, keyed by a superintendent who has since left the system, “it’s not as clear that subsequent leaders have shared that commitment.”

“Willingness to invest in the community schools ideal has been a challenge,” she said, and her observation is that the implementation is far from being systemic. The district, she said, “has not been able to exert an overall framework” for implementing the model.

While Scott questioned Oakland’s commitment to implementing the community schools model, front-line Oakland educators say the district’s implementation is not being true to the actual principles of the model.

In its “rushed” decision to close schools, Brookfield teacher Haskell said, “[The district is] not engaging the community at all… The top-down decision-making reeks of elitism.”

According to Haskell, teachers and school staff at Brookfield used the collaborative leadership practices supported by the community schools model to stretch their autonomy, so they could respond to student and family needs more quickly without needing to ask for district permission. “Now, all that work seems to be thrown away,” he said.

Haskell also sees the district’s stance of welcoming charter schools as a betrayal of its commitment to the community schools model. According to Haskell, Brookfield enrolls students “charter schools won’t take,” echoing frequent complaints that charter schools cherry-pick students who are more likely to do well in school, leaving public schools with denser populations of the most challenging students.

Haskell explained that as Brookfield students migrated to charter schools in the surrounding neighborhood, Brookfield had to shed costs by closing its computer lab and library and cutting back on its extensive sports offerings, which further incentivized families to leave the school.

“Community schools is a model that oftentimes [school leaders] want to just… [impose] on any school,” said Mastin.

Berkeley professor Scott pointed out that Oakland’s plan for closing schools also poses significant problems in schools that will be assigned to welcome students from the schools that have been closed. The welcoming schools, many of which do not follow the community schools model, may not even be aware that they’ve been designated for that role and won’t know which students will show up at their doors until opening week.

For that reason and others, the district’s plan, Scott felt, “shows a lack of consideration of all the dimensions that are important if students are really, as the district claims, at the center of its efforts.”

Regardless of whether or not Oakland truly is at a juncture where it has no choice but to close schools, the decision to close schools that follow the community schools approach shines a light on the policy implications of becoming a school system that says it is committed to an approach to school transformation that holds high the well-being of students and families and the needs and desires of the community.

The community uproar over the closure decision reveals that when Oakland school officials chose to hitch their education reform cart to the horse of community schools, they may not have foreseen that adhering to the principles of the model would make it more difficult for the district to maintain a command-and-control leadership practice that runs counter to the model.

If what constitutes a “quality school” is based on how well the school responds to the needs of the surrounding community, then how can fiscal efficiency vault to the top of policy imperatives?

If districts claim to include communities in making decisions about schools, how can they make sweeping decisions based on a perceived budget imperative the community doesn’t accept?

If a school district commits to a collaborative model for school transformation, how can that plan coexist in the context of market competition from charters?

Oakland seems uniquely at the forefront of these difficult policy questions. Are districts that are adopting the community schools model elsewhere in California, in Maryland, and around the country paying attention?

Jeff Bryant is a writing fellow and chief correspondent for Our Schools. He is a communications consultant, freelance writer, advocacy journalist, and director of the Education Opportunity Network, a strategy and messaging center for progressive education policy