Prince George's co-op movement kicked off in Seat Pleasant; time to join in

Prince George's residents are building power and regaining control of democracy by pooling resources to focus on change. The first Prince George's Co-Op meeting laid the groundwork and a grassroots, self-funding movement for popular empowerment is under way, as you will read here.

/By Seanniece Bamiro/ This past Saturday, Progressive Maryland launched its kickoff event for its very first organizing cooperative (co-op) in Maryland! As a Prince George’s resident, I’m excited that our fearless executive director, Larry Stafford, selected Prince George’s as the first location for a self-sustained and self-funded co-op.

Check out the video about the co-op using this link

Join the movement using this link

For those of you who are unfamiliar with the drive, Progressive Maryland launched a 75-day campaign to get 200 or more residents to pledge $20-30 per month to hire a full-time organizer. Residents will form a steering committee and decide which issues they want to work on. The organizer will work diligently to train and develop leaders within the county and organize people around the co-op’s core issues to make a greater impact in Prince George’s.

The kickoff was held at the Seat Pleasant Activity Center, right in the heart of Prince George’s County, and was the culmination of residents coming together to make something great happen. We could not have had a successful kickoff without the generosity of the community. Our core members Chloe and Janelle worked strategically to brainstorm event logistics and develop outside partnerships. We also received food donations from the Each One Feed One, Inc and Sistas United, Inc. food pantry in Capitol Heights as well as one of our long-time members, Linda. We also had four first-time volunteers, Alethea, Robin, Sierra and Yvette, answer the call for event support! Great things happen when Prince Georgians take ownership of their county! 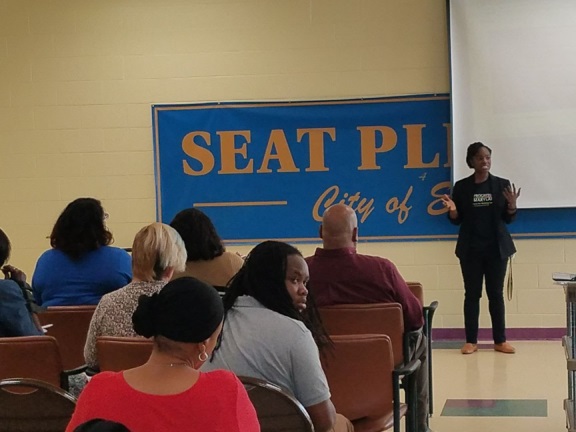 Participants broke out into small groups and engaged each other in thoughtful dialogue about critical issues that take place in Prince George’s including tax reform, equitable education and economic development. Our awesome small group leaders, Chloe, Charles, Cynthia, Krystal, and Rob, facilitated the conversation and prompted participants to engage others they know about joining the co-op. 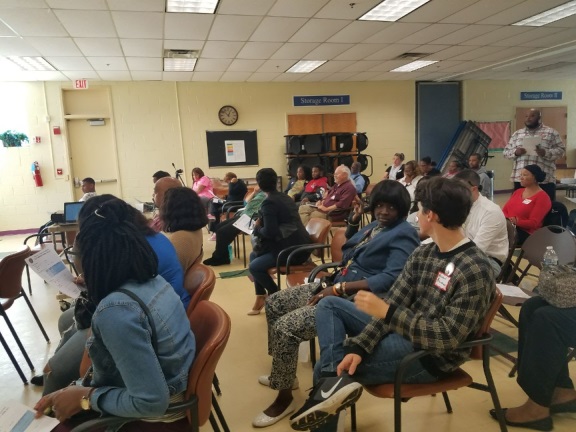 Because of their work, several Prince Georgians stepped up to become members of the co-op! We truly couldn’t have planned this event without them.