After a year of briefings, community meetings, and forums, the Prince George’s County Council voted Tuesday night [Oct 23] to establish a Fair Elections program for County Executive and County Council races. The Fair Elections Bill now heads for the County Executive's desk. Prince George's has joined Montgomery and Howard counties, the District of Columbia and (soon) Baltimore City in taking steps to get big money and its influence out of local elections. Progressive Maryland and Progressive Prince George's have worked hard as a part of the Fair Elections Maryland Coalition to see this democratizing bill passed.

Under the new small donor system, candidates for County Council and Executive who voluntarily turn down contributions greater 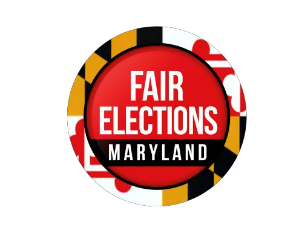 than $250, and all contributions from corporations, unions and PACs, would be eligible to receive limited matching funds for small contributions from County residents. Candidates must qualify to participate by reaching thresholds for small donations raised to show viability and support from the community. Then, the match is tiered to incentive the smallest donations most.

“We applaud Councilmember Mary Lehman and the County Council for passing this program to give all Prince Georgians an equal voice in local government regardless of wealth, gender, race or age,” said Jennifer Dwyer, Policy and Legislative Director for Progressive Maryland.

“The Sierra Club supports the Fair Elections program because local candidates will be able to run on the strength of their ideas, not the depth of their pockets or access to wealthy donors and special interests,” said Martha Ainsworth, Chair of the Prince George’s Sierra Club.  “Programs like these give everyday people a stronger voice in their local democracy and result in better outcomes for the environment.”

Suchitra Balachandran of Our Revolution Prince George’s added, “Even before the introduction of the bill, County Executive Baker, citing his support for public ethics reform, expressed his whole-hearted support for public financing.  We look forward to the bill becoming law.”