"Medicare for All" -- Ben Jealous's affordable plan for Maryland

Maryland currently spends $59 billion a year on health care, putting the projected $24 billion cost of Ben Jealous's "Medicare for All" plan in perspective. Jealous celebrates the recent anniversary of the signing of the Medicare bill with how it is evolving over the years and is overdue to debut as the pattern for health care for all Marylanders.

/PM BlogSpace Report/ Health care insurors in Maryland have proposed huge increases in premiums for the next year despite the state’s attempt to set up reinsurance funds to keep them low. Corporate medicine is in charge and controls medical care costs. Shouldn’t the people of Maryland have a say?

“Current spending on health care in Maryland — including federal, state, employer and employee payments — totals about $59 billion annually,” the Baltimore Sun reported in a big out-take on Democratic gubernatorial candidate Ben Jealous’s campaign proposal for Medicare for All.

That allows for some perspective on the study from the Assembly’s Department of Legislative Services that put a $24 billion annual price tag on Jealous’s plan.

The analysis said “Marylanders who pay more than $2,800 annually [for health care coverage] could save money under a single-payer model.” That might be more of us than you think.

A week ago – July 30, 2018 – progressive Democrat Ben Jealous honored the 53rd birthday of the signing of the Medicare law. He explained how Medicare for all – an idea whose time has been coming ever since – can and should happen in Maryland even in the toxic atmosphere created by Trump’s national GOP and its local representative, Gov. Larry Hogan.

“Fifty-three years ago” Jealous said then, “President Lyndon B. Johnson traveled to the Truman Library in Independence, Missouri, to sign Medicare into law. 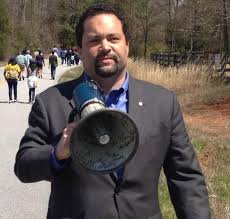 “It took 20 years for Medicare to become law from when it was first proposed by Harry Truman. In those two decades, Republican and Democratic presidents alike tried to create government-funded health care to cover senior citizens who needed access to affordable, quality care.

“So why has it taken nearly half a century to expand upon the foundation they built? Elected officials who supported Medicare in the 1960s faced the same opposition many of us face today. But the congressional champion of Medicare, Clinton Anderson of New Mexico, didn't back down. "Perhaps a man who has spent much of his life fighting off the effects of illness," he once wrote, "acquires...an understanding of the importance of professional health care to all people."

“That's why Medicare-for-All is a central part of my platform. I know how much this means to people, and how much it could help.

“But Larry Hogan is spending hundreds of thousands of dollars to portray me as a communist for believing in providing quality, affordable health care to everyone who needs it. After the passage of Medicare, the number of elderly citizens lacking access to hospitals and doctors plummeted. But even in 1965, legislators knew that passing historic legislation like Medicare was simply the first step of many.

“If we want historic steps forward like Medicare-for-All we can't expect it with the status quo, and that's exactly why I'm running. The people of this state deserve better than what they have, and it's going to take big, bold ideas to give them that. That's what this campaign is about -- and I hope you'll support it.

“I believe that health care is a moral imperative and human right, and that's why I support Medicare-for-All. Larry Hogan disagrees.

“It shouldn't take another decade, much less half a century, to build on the progress of Medicare.”

Jealous elaborates on the specifics of his Medicare for All plan for Marylanders on his campaign website: 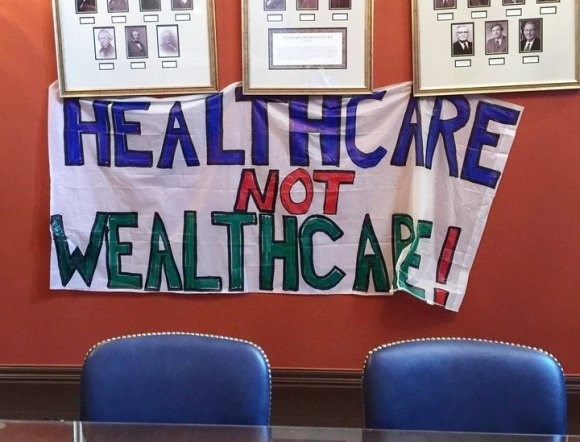 “In Maryland, we must create a healthcare system that ensures residents are protected, regardless of what President Trump does in Washington. I’ll do what it takes to make sure premiums don’t bankrupt our families and strangle small businesses because we shouldn’t expect to keep paying more for healthcare while getting less and less each year.

“As a child and young adult, I struggled with juvenile epilepsy. There were years when I wasn’t covered by health insurance and couldn’t afford the medicine which would have suppressed my seizures. I’ve held friends in my arms after their loved ones died due to a lack of proper health coverage.

“My commitment to a Medicare-for-All system is grounded in a belief that healthcare is a moral and economic imperative that we can no longer ignore.

“As governor, I will:

Progressive Maryland has endorsed Jealous in his race to unseat Gov. Larry Hogan, and invites you to find out more about his plans to reform health care, make education at all levels accessible without crippling debt, and achieve a living wage for all Marylanders.