Bernie's "Our Revolution" -- an account of his past, and of a hopeful future 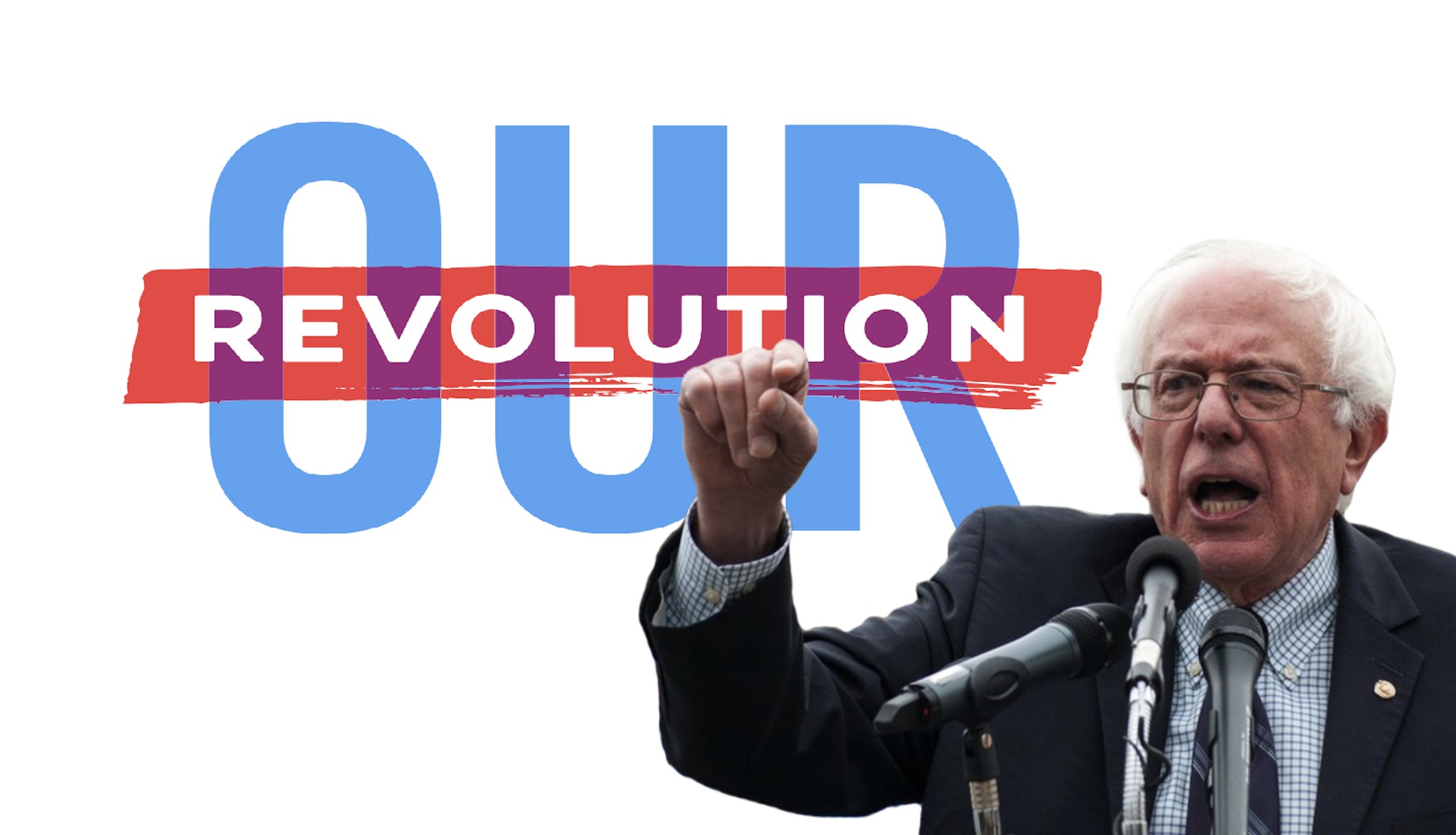 Sen. Bernie Sanders, whose insurgent presidential primary campaign put radical democracy on the political map, tells in his new book how he became "Bernie" and how the US can find its way to a social justice future again. Bill Mosley reviews his book Our Revolution.

/By Bill Mosley/ After Bernie Sanders’s stunning 2016 presidential campaign that injected socialism into the national political discussion – and in the process, brought the issue of economic inequality to the fore and nearly won him the Democratic presidential nomination – many of his supporters were eager to hear more from their champion.  They wanted to learn more about how he developed his socialist principles, catapulted himself into elected office and grabbed the attention of the nation as he sought to alter the terms of debate.

In Our Revolution:  A Future to Believe In he gives his supporters much of what they want.   And yet this book, which was completed before the election and appeared one week after it, seems written for a different, more hopeful time, a book which might have influenced the course of a Hillary Clinton administration.  It is not a prescription for fighting a fascist takeover of government.

Our Revolution is really two books in one.  The first not-quite-half of the book is autobiographical, taking Sanders from a working-class childhood in Brooklyn, N.Y. through the end of his presidential campaign.  The second, longer portion lays out his “Agenda for a New America” or, in Sanders’s words, “a new path for America based on principles of economic, social, racial and environmental justice.”

The autobiographical portion of the book, the most engaging and readable part, skips quickly through the first seven-plus decades of his life.  His embracing socialism as a young man, his early abortive runs for office, and finally the breakthrough election that made him mayor of Burlington, Vt. – followed by his election to the U.S. House of Representatives and Senate – get a quick going-over before the book settles into a virtual blow-by-blow account of his 2016 presidential campaign.  Sanders discusses in detail the deliberations with supporters and his family that led him to seek the presidency, and how his message of economic equality and challenging the power of wealthy elites snowballed into a powerful grassroots movement that made a rather obscure senator from Vermont one of the country’s most famous political figures.

The “Agenda” portion of the book is a tougher slog for the reader, as it rolls through issue after issue, with copious statistics, charts and other details to make its points.  It is written as if not meant to be read from beginning to end, but rather as a sort of encyclopedia of America’s domestic problems and how to fix them.  Progressive followers of Sanders, including members of DSA and the new organization founded by him – also called Our Revolution – could cut and paste information from the book into their own pamphlets on such issues as universal health care, affordable higher education, criminal-justice reform, fair trade and combating climate change.

Many presidential candidates write such a book at the beginning of their campaigns.  Coming at the end of his, Sanders’s book was clearly meant to provide guidance and hope to his supporters, enabling them to carry on his work in the coming years, while laying the groundwork for a potential second run for the White House in 2020.

However, like many books on public policy, Our Revolution lacks a critical component:  how we get from here to there.  Had the outcome of the election been different, there might have been a feasible strategy of getting some components of Sanders’s vision enacted into law.  Unfortunately, it appears that the task of progressives over the next four years will not be moving to universal health care, but keeping people from losing the care they have; not reversing climate change, but holding the line against even greater use of fossil fuels; not reversing income inequality, but preventing the rich from getting even richer and further immiserating the working class.

With a narrative that runs through this year’s Democratic convention, the book had to have been written hurriedly, and it shows in places.  Long passages of the account of the presidential campaign consist of verbatim transcripts of Sanders speeches.  There also is too much repetition in the policy-laden second half; I lost count of how many times the book reminds us that Warren Buffett pays a lower percentage of his income in taxes than his secretary.  On the other hand, the book does sound like Sanders; it’s hard to read it without imagining his voice in your head.  Even the policy-analysis section is replete with his patented get-attention phrases such as “let’s be clear” and “please understand.”

Perhaps the most helpful way to look at Our Revolution is to see Sanders as the angel whispering into one ear of America’s working class, while a demonic Donald Trump sits on the other shoulder.  Both men recognized the battering many non-elite Americans have taken in recent decades.  But while Trump offered only a program of scapegoating and resentment, Sanders projected a vision of hope and solidarity.  Sanders clearly had Trump in mind when he wrote: “When we stand together, when we don’t allow demagogues to divide us up, there is nothing we cannot accomplish.”  One can only wonder what might have been if, instead of Clinton’s neoliberal status-quo message, American voters could have been able to choose Sanders’s more vibrant vision as an alternative to “Make America White Again.”

Bill Mosley is an activist for statehood and social/economic justice in the District of Columbia and a member of Metro DC Democratic Socialists of America. A version of this article first appeared in the December issue of the Washington Socialist.