Sen. Bernie Sanders has a spotty endorsement record, with clear instances where he has overlooked solid pro-union, economic justice candidates like Conor Lamb in Pennsylvania but picked a number of people who checked all the progressive boxes but didn't get across the finish line.

/By Hal Ginsberg/ Bernie Sanders does not have the best record when it comes to endorsements. A review of the many candidates he has supported since 2016 reveals a few wins and many losses. Another Bernie-approved candidate fell short Tuesday March 20 in the Chicago-area’s 3rd Congressional District Democratic primary where challenger Marie Newman lost to long-time incumbent Dan Lipinski.

One big question that jumps off Ballotpedia’s Endorsements by Bernie Sanders page is who are these guys? For every Russ Feingold or Tulsi Gabbard on the list, there’s a seemingly endless supply of Jimmy Gomezes, James Thompsons, and Monica Kurths with a vaguely familiar Rob Quist or Justin Bamberg thrown in for good measure.

To a significant degree, Sanders has focused on local elections while sitting out higher profile races. In some cases, it didn’t matter. Over the past few months, Alabama Democrat Doug Jones and populist Conor Lamb in southwest Pennsylvania prevailed without Bernie’s imprimatur. On other occasions, however, Bernie avoided involvement in important contests that he might have impacted.

The democratic socialist opted not to endorse progressive populist John Fetterman in his 2016 Senate primary race against Joe Sestak and moderate Katie McGinty even though Fetterman was begging Bernie to get involved. McGinty won after Sestak and Fetterman split the anti-establishment Democratic vote but the she barely lost in November to unpopular Republican Pat Toomey. Pennsylvania political observers believed that with Sanders on his side, Fetterman might have been able to force Sestak out of the race and unify the left against first McGinty then Toomey.

Mostly, Bernie’s endorsement sins have been of omission not commission. He has failed to back worthy candidates, e.g., Fetterman and the pro-union Lamb. But he has not supported undeserving ones. That changed in the Illinois primary.

Dan Lipinski is not a Congress member to set the hearts of earnest social justice warriors aflutter. The anti-choice Susan B. Anthony List has endorsed him. He voted against the Affordable Care Act and to authorize funding for Trump’s over-the-borderline insane border wall. But at a time when working people have been under intense assault from Republicans and Democrats, Lipinski has been, along with Bernie, one of their very few consistent allies in Washington.

Dan Lipinski on Free Trade at www.ontheissues.org documents a perfect record since 2004. That year, he spoke out against the 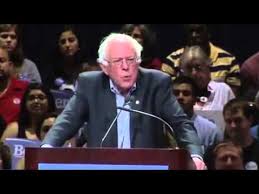 Bush administration’s decision to water down enforceable labor and environmental standards in our trade agreement with Jordan. Since then, he against voted again and again in favor of American workers on trade and tariffs. In an August 2016 Chicago Tribune op-ed, he challenged President Obama’s assertion that the Trans-Pacific Partnership “would grow American jobs.” Nearly all of his campaign funds come from labor unions.

Lipinski is across-the-board-outstanding when it comes to economic justice for working-class Americans. He supports a more progressive tax code. To his credit, the neoliberal Competitive Enterprise Institute once rated him at 0%. He voted to allow unions to form through card-check rather than a secret ballot.

Yet the pro-union pro-tariffs Sanders endorsed Marie Newman. Unlike Lipinski, Newman is progressive on choice and immigration. Were she as dogged a supporter of working people as Lipinski, this decision would have been defensible. But she’s not even close.

Her website is full of boilerplate when it comes to trade. She opposes tariffs, what she calls a “border-tax,” while fretting over a possible trade war. She ignores the fact or simply does not understand that our massive monthly trade deficit means that a trade war would likely result in a net gain in domestic jobs and higher wages. Undermining Newman’s position on trade, U.S. Steel announced earlier this month that due to Trump’s new steel tariffs, it will re-open its blast furnace in Granite City, Illinois and bring back 500 jobs.

Following in Bernie’s shoes, Conor Lamb’s March 13 win in southwest Pennsylvania blazes the way for a Democratic resurgence in the heartland. Successful candidates will champion unions and job protection, and forswear corporate contributions.

Neither candidate in the Chicago primary is ideal. To be sure, Newman’s record on social issues is more progressive and in alignment with the views of urban and suburban Democrats. On the economy, however, Lipinski’s rhetoric and pro-union record, are better for the working-class Americans who have fled the Democratic Party in droves over the past four decades only to return to carry Conor Lamb to Capitol Hill. Lipinski hewed more closely to Lamb’s winning formula than Newman did.

Responding to the Sanders’ endorsement, Chicago Commiteeman John P. Daley noted, Bernie “was a strong candidate, and lot of people voted for him because of his work on behalf of unions and industrial jobs. Those are areas where Dan Lipinski has a strong record and a lot of support.” Bernie should not have endorsed Marie Newman.

Hal Ginsberg is a MoCo activist and frequent blogger on the PM BlogSpace. He blogs at http://halginsberg.com/