Fight for $15 in MoCo moves to council committee Wednesday 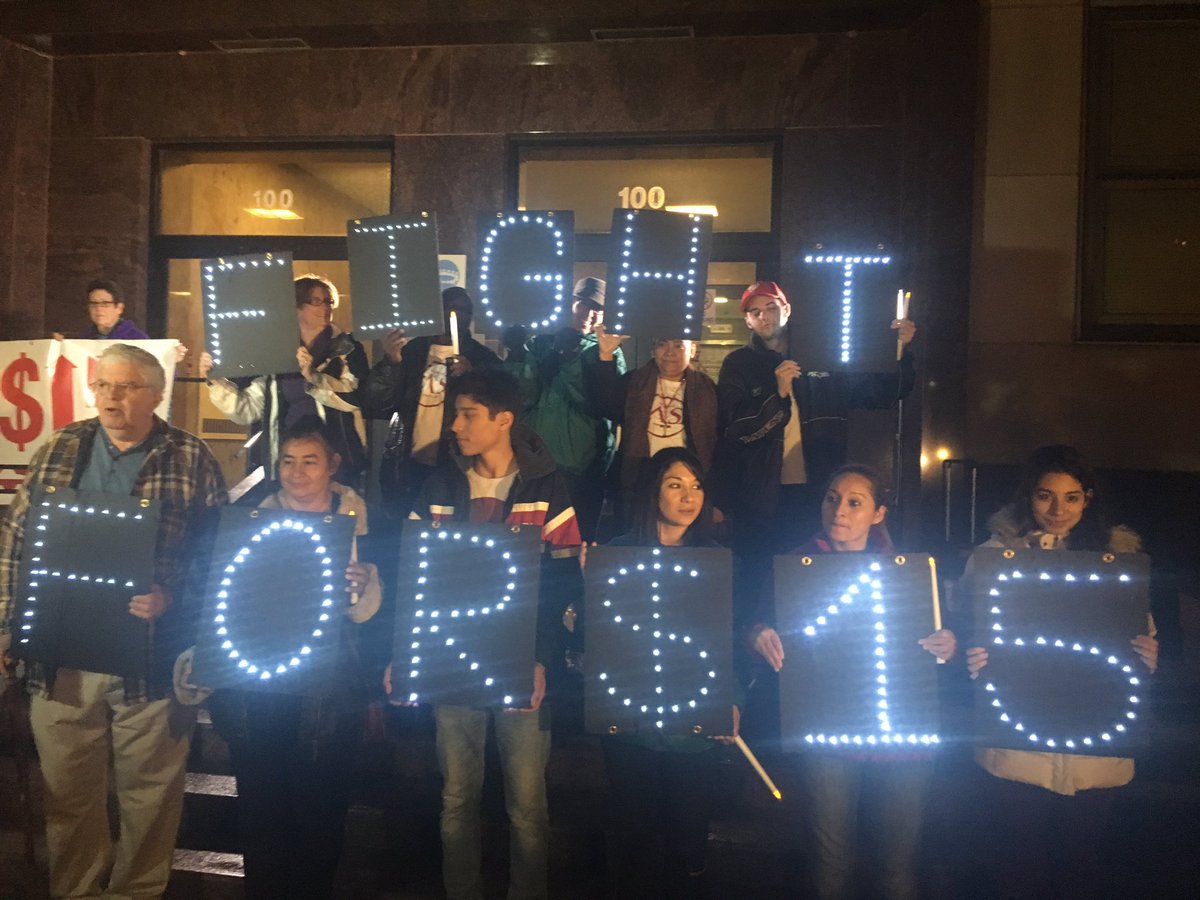 Montgomery County Council's HHS committee will work on the bill mandating a $15 minimum wage in the county tomorrow, Wednesday Dec. 7, at 9 a.m. in their Rockville chambers. The coalition spearheaded by Progressive Maryland plans to fill the room with activists advocating for the bill.

Progressive activists, building on a successful rally held Nov. 29 for a $15/hour minimum wage in Montgomery County, will take the campaign to the doors of the County Council’s Health and Human Services committee Wednesday, Dec. 7 as it meets at 9:30 a.m.

Progressive Maryland is leading the Montgomery County Fight for $15 coalition which consists of labor, faith-based, and social justice organization. “This is about more than just wages,” county lead organizer Justin Vest of Progressive Maryland said. “When we live in an economy in which access to our most basic needs is dependent on the cash in our wallet, this is about survival.”

The HHS committee , chaired by Councilmember George Leventhal and with members Roger Berliner and Craig Rice, will take on difficult questions about who is covered by the wage increase while facing pressure from some in the business community who seek to maintain their profit margins.

Workers who spoke up at the Nov. 29 rally declared that in high-cost, wealthy Montgomery the current wage floor of $10.75/hour comes nowhere close to supporting a family. “Simona Assenova, a graduate student who works at a Starbucks in Silver Spring [and Progressive Maryland member], said she sometimes takes expired food items home from work to help make ends meet,” Bethesda Beat reported. “The money we would get in an increase in wages would go to essentials,” Assenova said.

The Nov. 29 rally was part of a nationwide push for the $15 wage. Progressive Maryland and allied organizations are now pressing the case with their individual local governments, as is also happening around the country. An effort for a statewide increase in the minimum wage, to blunt the argument that individual county and city raises will make them uncompetitive, is expected to shake up the 2017 state Assembly session, which begins in early January.

Baltimore will revisit its own $15 minimum wage proposal in the new year. Washington, D.C. passed its own $15 wage bill this summer and will take a vote on the most progressive paid family leave bill in the country today making the region a leader in progressive economic policy.

“This isn’t just a single victory we need to win. This is a movement we need to build,” Vest told the vigil attendees Nov. 29. He cited related issues to be fought including living wages, union rights, nondiscriminatory access to jobs and protections for refugees and immigrants in the face of a hostile Trump administration.