GOP Tax Plan good for the rich, bad for you -- but Andy Harris likes it

The majority-Republican Congress "Tax Cuts and Jobs Act" legislation is barreling down the legislative track. Some have referred to it as the "Job Cuts and Tax Act" because of how horrendous this tax plan will be for the bulk of Maryland residents.

This past Saturday at Wicomico High School in Salisbury, Maryland, Rep. Andy Harris (CD 1) scheduled a Town Hall to discuss the "Tax Cuts and Jobs Act" legislation - or as some have referred to it as the "Job Cuts and Tax Act" because of how horrendous this tax plan will be for the bulk of Maryland residents. Harris told The Hill last week that he would vote yes for this legislation.

He had some opposition. Read what one of his constituents had to say.

But what's in these bills (House and Senate versions) for us, working families and small taxpayers? Turns out, less than nothing.

From Frank Clemente at Americans for Tax Fairness:

"The U.S. House of Representatives is likely to vote this Thursday, Nov. 16, on a tax plan that would shower nearly half of the tax cuts on the richest 1% of taxpayers. They would get 47% of the tax cuts when the tax plan is fully implemented in 10 years—a tax cut of nearly $53,000 on average, according to the Tax Policy Center. They benefit so much because of the deep cuts in corporate and business tax rates as well as the repeal of the estate tax and the alternative minimum tax (AMT).

This plan would also require 47 million taxpayers, including 29 million in the middle-class, to pay more in taxes. One-quarter of middle-income Americans would pay more in taxes by the tenth year because the tax plan repeals or limits deductions that these taxpayers rely on. Three in 10 taxpayers earning between $55,000 and $93,000 will see a $1,150 tax increase on average.

Finally, this plan would jeopardize funding for critical public services. The plan would increase the deficit by $1.5 trillion because it fails to close tax loopholes to pay for its tax cuts. By ballooning the deficit, funding for Social Security, Medicare, Medicaid, education, and other services that America’s families rely on will be put at significant risk, according to the Center on Budget and Policy Priorities."

What does this mean for Maryland families?

The National Priorities Project released a report this month titled, "What Else Could the Proposed Tax Cuts for the Richest 1 Percent Buy? A 50-State Perspective." When it comes to Maryland, the average income of people in the top 1% earn $1,826,200 annually, and would have a proposed tax cut EACH of around $47,000. This comes out to a total of nearly $1.4 Billion in our state alone! The average health insurance premium is $5,472 (this statistic is nauseating on its own merit). So the tax cuts to Maryland's richest 1% could pay for 251,444 annual health insurance premiums,  232,416 Pell Grants, and 13,044 infrastructure jobs! Why is this bill being touted as good for business in Maryland?

The proposed Tax Plan in the Senate isn't any better.
Maryland would have the highest percentage of residents getting their taxes raised! 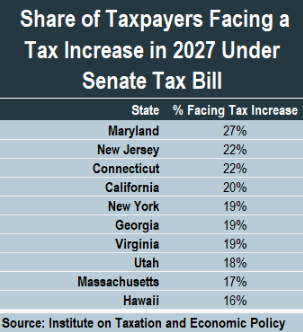 Here is a comparison of current, House and Senate Tax Plans: 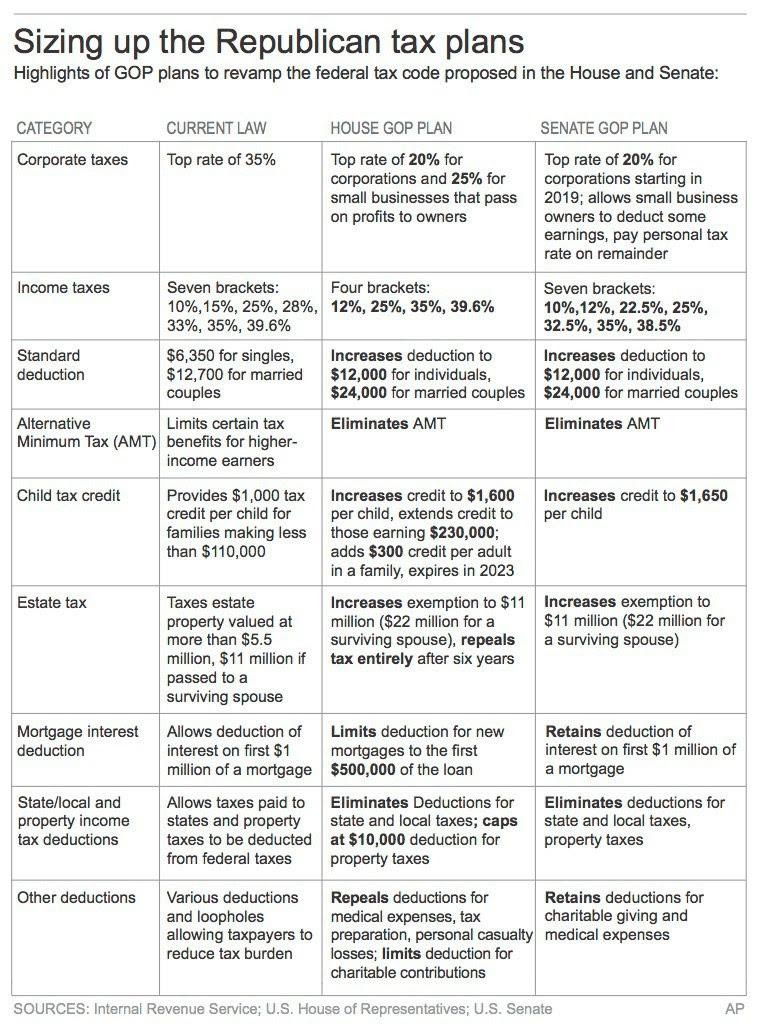 It’s up to us to make sure working Americans know the truth about Trump’s tax plan and to stop it in its tracks.   Winning the narrative is key to winning by stopping the legislation. 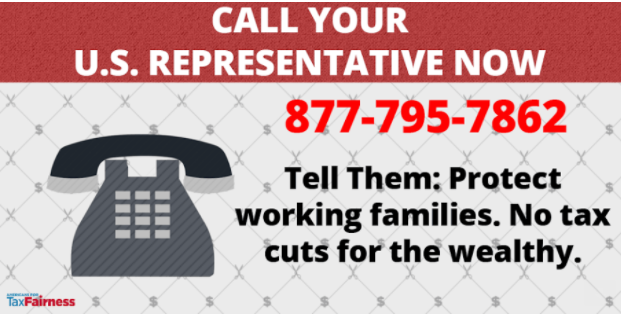 Share this with your Maryland friends – especially if they are in Andy Harris’s Dist. 1 – or your friends in Republican districts in other states.