Kirwan Commission, school reform and the funds we need NOW

The Kirwan Commission (education reform) is still working out the funding formula for sharing new costs for reforms that member Sen. Paul Pinsky says "will be the envy of all 50 states" ... but the delay allows Gov. Hogan and his legislative henchmen to put off

questions of money for this 2019 Assembly session -- they think.

However, "the commission is pressing forward with a proposal that puts the new blueprint in place this year, spends at least $200 million and, hopefully, $325 million this coming year, as a down-payment, and sets a requirement that $1.5 billion, the amount originally proposed to be spent this year, is guaranteed in next year’s state budget," Pinsky declares in this post, which originally appeared Dec. 28 in Maryland Matters.

The Kirwan Commission and School Reform: On or Off?

/By Sen. Paul G. Pinsky<>Maryland Matters/ What’s going on? Is the new school funding done? Is it going forward? Or, in fact, has support for our school children been delayed, once again? The answer is not simple.

Two years ago, our legislature mandated both a review of the state’s school funding formula and called for a plan to transform Maryland schools to become world class. The Commission on Innovation and Excellence in Education, also known as the Kirwan Commission, came into being; I was one of the 25 people appointed to it.

The blueprint to transform our schools is all but complete. And it’s a good one; it will be the envy of all 50 states. The plan has taken the most successful school practices both internationally and in the United States and created a program for Maryland and its unique needs.

From expansion of pre-k education to tutoring programs for students in need to a more rigorous college preparatory curriculum and expansion of career technology to greatly improving the status of teaching and rebuilding the teacher pipeline to instituting ‘neighborhood schools,’ it will undoubtedly improve schools in traditionally successful systems like Montgomery and Howard as well as schools in Prince George’s and Baltimore.

While the plan will be expensive there is a great deal of accountability and oversight. In fact, all 24 school systems will have to implement the proposals contained in the plan with fidelity or risk not receiving money. Additionally, a new, independent oversight board will decide if the school systems’ plans have the rigor and specificity required, rather than relying on the existing state board of education and superintendent.

The problem? While creating the policy blueprint is complete, figuring out how the new costs will be split between the state and the local counties, and on what basis, along with how to raise the necessary new revenue to pay for it, has not been completed.

Some key questions have not yet been answered: how much should each jurisdiction, from the very poor Somerset County on the Lower Shore to a more affluent one like Howard County, be required to raise in new school funds?; how do we make sure local jurisdictions don’t use this new, additional state money to replace — rather than supplement — their ongoing local school funding responsibility? Developing these formulas and others take time and the legislative session starts in two weeks. This makes it impossible for staff and the commission to develop the economic models and answer the policy questions that are necessary to solve these fundamental issues. 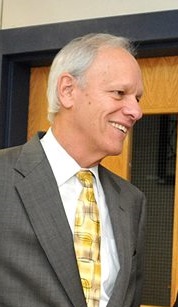 And, finally, getting the legislature to agree on new taxes to pay for the new initiatives, reaching approximately $3.8 billion in the 10th year of full phase-in, will not be easy.  Even if a legislative consensus on new taxes could be reached this year, it is largely dependent on the yet-to-be developed formulas above.

But the commission is pressing forward with a proposal that puts the new blueprint in place this year, spends at least $200 million and, hopefully, $325 million this coming year, as a down-payment, and sets a requirement that $1.5 billion, the amount originally proposed to be spent this year, is guaranteed in next year’s state budget (assuming a 50/50 split between the state and locals).

Nearly 20 years ago, the first groundbreaking school funding reform effort, dubbed the Thornton Commission, spent over two years to complete its work. And that commission had only one charge: to develop a new funding formula.

The Kirwan Commission had the awesome additional task to come up with a plan which would also transform our schools and make them world class — for all students. That, in and of itself, has taken two years, far longer than anyone ever expected.

After spending hundreds of hours each, members of the all-volunteer commission — along with the many advocates — are disappointed that the full proposal can’t go into effect immediately.

The commission’s efforts have recently gotten even more complicated since Gov. Hogan has proposed to take $125 million from gambling money, originally planned to fund the Kirwan proposal, and spend it on school construction instead. This, coupled with his unwillingness to secure full funding for next year sets up another legislative battle with the governor. The governor has already developed his budget for next year and the legislature can only constitutionally cut money, not add.

But the work of the commission and the many legislative staff and outside consultants will be fully completed. Turning around our schools, particularly those stuck in communities where poverty is concentrated, with more effective policy and the necessary resources and accountability is a ‘must’ and students across the state shouldn’t have to wait longer than necessary.

Keeping the effort on track, even with the delay and the foot-dragging of the governor, will not be easy. Funding must be locked in for next year’s (2021) budget and the lockbox money needs to be directed towards the proposed instructional reforms.

Sure, both new schools and renovations are needed but it’s up to the governor to come up with new construction funds. Pitting people who want more effective instruction against the demand for new schools, however, is a diversion; it’s the perfect way for the governor to avoid raising the new revenue that’s surely needed for both. Governor Hogan needs to be held accountable and we need to put the Kirwan blueprint into law.

The writer is a Democratic state senator from Prince George’s County and former educator who is about to become chairman of the Senate Education, Health and Environmental Affairs Committee. First published December 28, 2018 by Maryland Matters.