The pipeline for appointing local political activists to fill Assembly vacancies is getting a side-eye – from Assembly members.
Requiring special elections to fill Assembly vacancies occurring in the first half of a four-year term is gaining traction as the public becomes skeptical about the insider behavior of local central committees and the instant power of unelected incumbency.
Maryland Matters reports on a bipartisan bill, cross-filed in both chambers.

/By Danielle E. Gaines <> Maryland Matters/ A group of bipartisan lawmakers is pushing to take power from the hands of a few and put it into those of many by adopting special elections for legislative vacancies ― but the measure also targets the way about 20 percent of their colleagues initially joined the General Assembly.

A renewed push for special elections to fill legislative vacancies comes during a session that will see nine new members of the Maryland Senate or House of Delegates, all of them nominated by party central committees and then appointed by Republican Gov. Lawrence J. Hogan Jr.

“The replacements for these positions are often decided by very few votes, sometimes as little as three votes,” Sen. Clarence K. Lam (D-Howard) said Wednesday. “And that selection process has resulted in questions that are being raised by voters about the fairness of the process and whether political connections are the deciding factor in the selection of the General Assembly replacements.”

If a vacancy occurs in the second half of a legislator’s term, the position would be filled by the current appointment process until the next regular election.

Del. David Moon (D-Montgomery) has been a chief advocate for changing the appointments process for several years. He’s sponsored bills to address the issue since 2015, but none has progressed beyond a hearing.

In 2016, he sponsored a constitutional amendment ― later ratified by voters ― to hold special elections for vacancies of the state attorney general, comptroller or a U.S. senator that occur in the first half of a term. 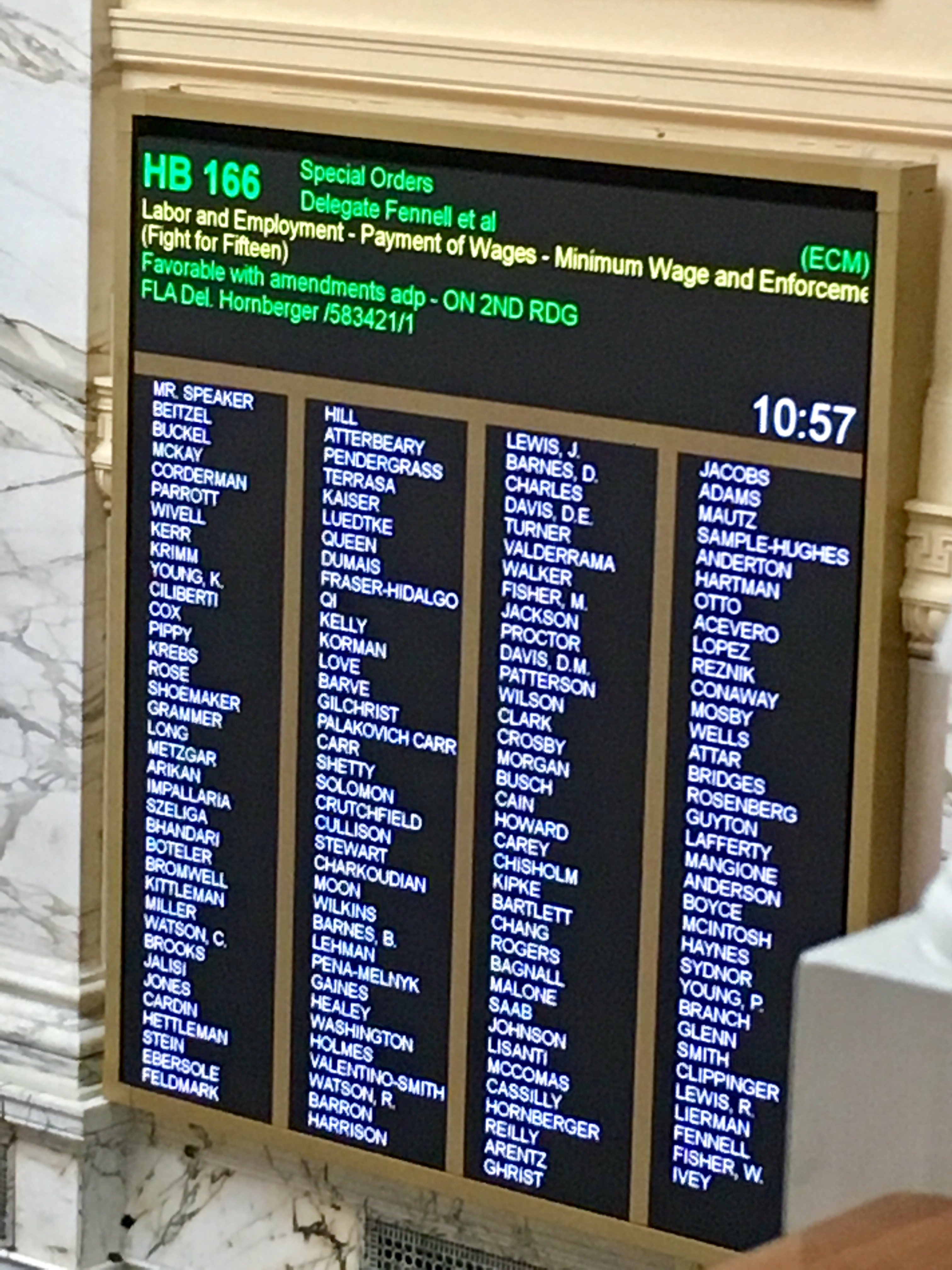 In 2020, Moon said, the mood is different and he hears more openness to change from colleagues.

“I think the sheer number of vacancies is creating controversies and questions all across the state,” Moon said. “…I tend to think we have a bit of a perfect storm right now.”

The chief cosponsor of his 2020 bill is Del. Kevin B. Hornberger, a Republican from Cecil County, and two other cosponsors ― Dels. David Fraser-Hidalgo (D-Montgomery) and Alfred C. Carr Jr. (D-Montgomery) ― were originally appointed to the chamber, but have gone on to win election to subsequent terms.

Proponents of special elections say it will curtail the influence of party insiders in the work of state government and create more accountability to voters.

Joanne Antoine, executive director of Common Cause Maryland told the Senate Education, Health and Environmental Affairs Committee on Wednesday that the organization has seen more complaints and inquiries about the appointment process recently.

“Right now the process, unfortunately, is flawed. It’s being left in the hands of a few political operatives with very little feedback, if any, at all from the public. And it shouldn’t be that a handful of individuals are making decisions for thousands of eligible registered voters,” she said.

Hough noted that the current process also solidifies power within one political party, even though the electorate can change over time and based on the field of candidates.

“You know, maybe somebody selected me because I was Republican, or they select one of you because you’re a Democrat, but people should have a choice. They shouldn’t be stuck with just one party,” Hough said.

He also noted that the current process can create controversy if a legislator’s district spills over county lines. In 2009, Hough was already campaigning for election to then-District 3B when former Del. Rick Weldon resigned from the General Assembly to take another job.

Weldon ― who had switched his party affiliation from Republican to unaffiliated a year earlier ― was to be replaced by nominees from the Republican central committees of Frederick and Washington counties.

A little lick of 3B was in Washington County, less than 10 percent of the district’s electorate, but then-Gov. Martin J. O’Malley (D) appointed the nominee from that county’s central committee.

While Hough went on to win the general election about a year later, he noted that Washington County’s central committee dominated the appointment process without much connection to the district he would go on to represent.

Other problems with the central committee process have recently come to light, including whether meetings to nominate replacements are required to be open.

“It really is the Wild West when you allow the central committees to do this,” Hough told members of the Education, Health and Environmental Affairs Committee at a Wednesday bill hearing.

But the committee process has also yielded results that might not have come otherwise.

Del. Jheanelle Wilkins (D-Montgomery) was originally appointed to her seat representing the 20th District in 2016. She went on to win re-election in 2018, when Montgomery County voters elected the first black women in county history — Wilkins, Pamela Queen and Charlotte Crutchfield, all Democrats — to the House of Delegates.

Sen. William C. Smith Jr. (D) became the county’s first black senator via appointment in 2016, when he was elevated from the House of Delegates.

Wilkins agreed that there was room for reform, but said the current system is also what “gave us a chance.”

Moon said he’s sensitive to concerns from former appointees and his bill is not meant to diminish their contributions in the Legislature.

“A lot of us who support reforming General Assembly vacancies believe that many of the people appointed in the existing process have been excellent lawmakers,” Moon said. “…That doesn’t mean there isn’t room for improvement.”

Josh Kurtz contributed to this article, which was published January 23 by Maryland Matters