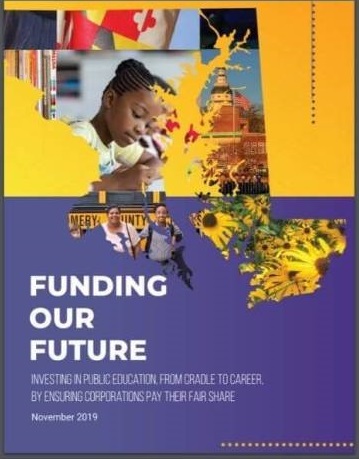 /By Timothy D. Williams II/ I attended the recent event on gun violence, and I am encouraged that State’s Attorney Aisha Braveboy is taking proactive steps to stop gun violence in our community. I appreciated the fact that she gave a much needed platform to families who were impacted by gun violence. However, I was also discouraged by some of the things I heard on the stage while I was at the event.

As a teacher, I have witnessed many inequalities in our communities related to economic insecurity. I personally would like to know what is being done to ensure that our communities have access to living wage jobs, affordable health care, mental health and retirement benefits? According to The Brookings Institution, the average Black family only has 10 percent of the wealth of the average White family. Expecting communities to be free of gun violence without addressing economic inequalities is not realistic.

I was a bit discouraged that some of the speakers at the gun violence event seem to blame Black people for gun violence without addressing the root causes of the violence. Some of the speakers at the event made it seem like all Black people needed to do was read the Bible more and be “better Black Men.” I have no problem with God or the Bible.  What I do have a huge problem with is the Bible and the concept of accountability being weaponized against the Black community. The problem of gun violence does not continue to plague the Black community because there is an absence of “good Black men.” Gun violence does not remain in our community because youth don’t attend church. Gun violence is in our streets because there is a lack of livable-wage jobs, affordable mental health services and a glaring absence of a safety net for many of our communities.

The narrative of Black people needing to step up to end gun violence is not only wrong but it’s very damaging to the many folks who try to curb violence in our neighborhoods every day.  As a high school teacher, I try to do my part to encourage students to resist violence and lead productive lives. My part is limited because I am not in a position to offer my students the livable wages and salaries they deserve after graduating high school.

I think we all should heed the Biblical wisdom found in James 2: 15-16 when it says “if a brother or sister is poorly clothed and lacking in daily food, and one of you says to them, go in peace, be warmed and filled, without giving them the things needed for the body, what good is that? So also, faith by itself, if it does not have works, is dead.”

In a similar vein, I ask what good is it to chastise the Black community for gun violence when our physical needs have not been met? What good is it to have Black men “checking” other Black men’s behavior when the real problem is a lack of resources? Why can’t we focus on closing the widening wealth gap that currently results in the average Black family only having 10 percent of the wealth of the average white family? Why can’t we focus on providing our communities with living-wage jobs that would allow them to support themselves and families? I doubt we would need Black men “checking” Black youth about selling drugs if more jobs were paying our young men a living wage. We don’t need more accountability on Black people to stop gun violence. We need more accountability on a system that continues to devalue Black lives by refusing to make good jobs and a safety net accessible to our communities.  Can we please have community dialogue about how we can get much needed resources into our communities at the next event?