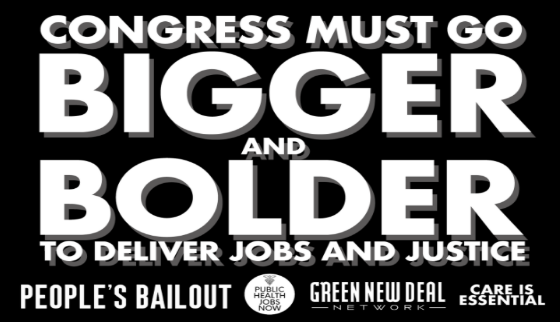 How you are doing has a lot to do with where you start. In an age when many politicians like to point to a "level playing field" we need to check out the history of inequality to make good judgments on how to make change that works for all of us --including our state's use of federal funds.

/By Woody Woodruff<>PM BlogSpace Report/ In the great game of who’s ahead, who’s behind, who’s catching up, it’s increasingly apparent to all of us that how you are doing depends greatly on where you start. Maryland is no exception.

No level playing field worthy of the name has some of us starting at first-and-goal and others pushed back to their own end zone. Different barriers to success mean different outcomes. Yet for some, the concept of the “level playing field” provides the illusion of fairness in our society. But comparative wealth, a generational matter as well as a geographical factor, turns level to bumpy, or even impassible.

Recent research has demonstrated that even as the income gap is slowly closing between haves and have-nots of our society, it’s the wealth gap that is making the difference. Minorities and women start from behind the financial eight-ball where wealth is concerned because, in property-obsessed America, wealth is so tied up in home-ownership (renting is much more prevalent in other rich-world societies). And private-sector red-lining has combined with federal and state government regulations and practices right up until the 1960s and later to perpetuate the disadvantages keeping minorities, especially African-Americans, on the outside looking in. Residential segregation and the disparities in housing prices – not housing quality itself – that has kept that wealth gap yawning stemmed directly from that one-two punch. Chapter and verse on this sorry history can be found in Richard Rothstein’s 2017 The Color of Law.

The latest example of how those who start behind have to scuffle so hard not to get further back is, oddly, in the otherwise terrific news about an actual breakthrough in infrastructure spending --  the help for depleted localities that Biden just signed. Trump couldn’t get around to getting around to such a bill, despite having Infrastructure Week just about every week he was in office.

Yet unless the Biden rollout takes a different path than traditionally happens when public money rolls out to local governments, a severe disadvantage may continue to afflict rural areas and other small or underdeveloped local governments – just the places where voters are already inclined to favor Trumpist “solutions” for our deficits.

[Updated December 23 -- as the year winds down, POLITICO has taken a long look at the opportunities for building community resilience via the huge fund lode in the “Bipartisan Infrastructure bill” that did pass late this year. It is meant to help frontline communities (like Maryland’s Eastern Shore or mountain west) – but are they prepared to jump the hurdles it takes to get the dough?

“Many supporters’ big fear: Those who most need the cash will be unable to navigate the federal bureaucracy required to obtain it.

“[Federal] agencies are under enormous pressure to use much of this money to revive communities at the forefront of the energy transition — including struggling rural coal towns and inner-city communities of color that disproportionately suffer from pollution.”

Get the full updated picture here.

Western Maryland and the Eastern Shore are starting from behind because those towns and counties may not have the capacity to go out and secure the funds that will be available, where big counties and, say, Baltimore City have planning staffs primed to present mouth-watering infrastructure schemes to attract the federal funds. That’s always been the advantage: Big government can talk to big government in the language it best understands.

The Pew Trust’s local-government blog, StateLine, has a good outline of the continuing disadvantage that those smaller governments will face unless either the state government offers real, not lip-service, expertise on this matter or the feds do a better job of directing states in distributing project funds equitably.

“In theory, the $1.2 trillion infrastructure law that President Joe Biden signed last week should provide a huge boost. Much of that money will flow to state governments, with the most populous states getting the largest amounts. Then cities, towns and counties will compete for grants and loans, with state officials deciding who gets what. Federal officials will maintain control of about $120 billion, part of which will be doled out through competitive grants.

But rural leaders worry that they lack the staff and matching dollars to compete with bigger cities for their fair share of the bounty.

…Johnathan Hladik, policy director for the Center for Rural Affairs, observed that “in many circumstances there isn’t the internal infrastructure to accept federal money, develop ideas for how it could be spent, develop regulations for how it should be spent, and go ahead and implement it.”

Hladik called on state officials to heed the concerns of rural leaders as they receive more information about the rollout of the infrastructure package.

Maryland’s state government, which ought to be paying attention to the concerns of the Shore and mountain west of the state (it is, after all, Larry Hogan’s base) should give some real focus to making sure those areas get their fair share of what the feds will offer -- instead of Larry Hogan’s remedy for good financial times, fattening up the rainy day fund and then railing against federal spending.

Maryland will get nearly $7 billion to spend in the recently-signed infrastructure bill and much of what is now intact in the  nearly $2 trillion Build Back Better bill – focusing on human needs – should bring an even bigger chunk. How hard is it to get ready to spend a big-time gift card? Let’s keep an eye on the waning days of the Hogan administration and make sure it is properly distributed to all in need.

Woody Woodruff is the volunteer blog moderator for Progressive Maryland