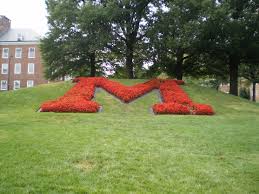 A UM student writing in The Diamondback takes the pandemic-hobbled College Park campus administration to task for leaving a critical stakeholder out of planning participants, and exposing campus workers to hazardous conditions as students return to an uncertain semester.

UMD and USM usually treat staff as disposable. This budget crisis is no different.

/By Malcolm Ferguson <> The Diamondback/  The University of Maryland’s scheme holds up on paper. Maryland’s flagship institution and its “reasonable” in-state tuition attracts only the best and brightest from across the state — yes, you! — and plugs them into an enriching four-year college experience in the beautiful city of College Park, leaving them prepared for a diverse array of career paths, such as working for Deloitte or Northrop Grumman. Some of us might even end up sending our own kids here. This process has worked for the university, allowing it to build stable partnerships with its graduates and the institutions that hire them. These are the relationships that have allowed this university to take on ambitious, expansive projects, such as the $210 million Cole Field House, the $60 million Idea Factory, the $52 million Public Policy building and the “Greater College Park” initiative, that make campus feel like a permanent construction zone.

But this entire campaign to raise the profile of the university blatantly disregards the will and well-being of those most vital to the entire process: its workers, 43.5 percent of whom are non-white. And while horrible negligence on the part of this university toward its workers is nothing new, the pandemic has really exposed just how few shits it gives about the people who keep it from falling apart daily.

Providing insufficient training and protective equipment for returning campus workers, forcing housekeepers to work in unbearably hot and dangerous conditions, and threatening to punish a bus driver for enforcing a mask mandate are instances in which the university could have shown their most important employees basic support in the midst of a brutal pandemic. Instead of acknowledging the egregious circumstances the employees were working in and correcting them, this university has all but refused to negotiate with the American Federation of State, County and Municipal Employees Local 1072, the union that represents campus workers.

The university can’t be bothered to turn on the AC, much less start a dialogue with their employees.

On top of all this, the University System of Maryland is anticipating faculty and staff layoffs after an impending $500 million coronavirus-related budget cut across the university system. In a statement, USM Chancellor Jay Perman noted that balancing budgets without crippling employees and their families would be a difficult part of the process. UMD made it easy. In a letter addressed to the entire university community, university President Darryll Pines outlined the guiding principles and priorities, budget mitigation measures and temporary salary reductions that would accompany the budget. The specifics of some of these principles include a hiring freeze, tapping into the university’s reserves, slashing the salary of any employee making more than $150,000 per year by up to 10 percent and full transparency from the university about its path forward.

I think it’s a pretty obvious take that workers should hold some authority, responsibility and decision-making power in the workplace. In our case, I don’t think the university can go about this transparently unless they allow their employees to have an input on the policies that have direct impacts on their livelihoods. Now, especially, decision-making in the workplace should be as democratic as possible. An active and inclusive role for the worker in decision-making can improve the university-worker relationship and lead to outcomes that actually reflect the needs and concerns of the employees.

This university and USM as a whole have made a concerted effort to appear organized and prepared for the incoming wave of students returning to campus this fall. In doing so, they forced their employees into a cruel, precarious position: first, by putting their health at risk in overheated, possibly COVID-19-infected dorms, and second, by continually refusing to bargain with union members regarding health and safety conditions in the midst of a pandemic. Even with equitably distributed budget cuts and pledges of transparency, workers need tangible, deliberate support from the university.

I still think Celina Sargusingh, clinic coordinator at the University Health Center and AFSCME member, said it best last month: “[COVID-19 is] a legitimate enough reason to come to the table and bargain over health and safety — and not just give us lip service about how we’re all in this together.”

Malcolm Ferguson is a senior English and government and politics major at UMCP. This opinion article appeared in The Diamondback September 11.