The end of 2018 is quickly approaching and it has been a tremendous year. Following the results of the 2018 elections we are inviting progressives from across the state to join together and discuss the next steps for our movement.On Saturday December 29th at 11am, we will be convening a Progressive Maryland statewide meeting to celebrate our victories, discuss our challenges, and to prepare our next steps. 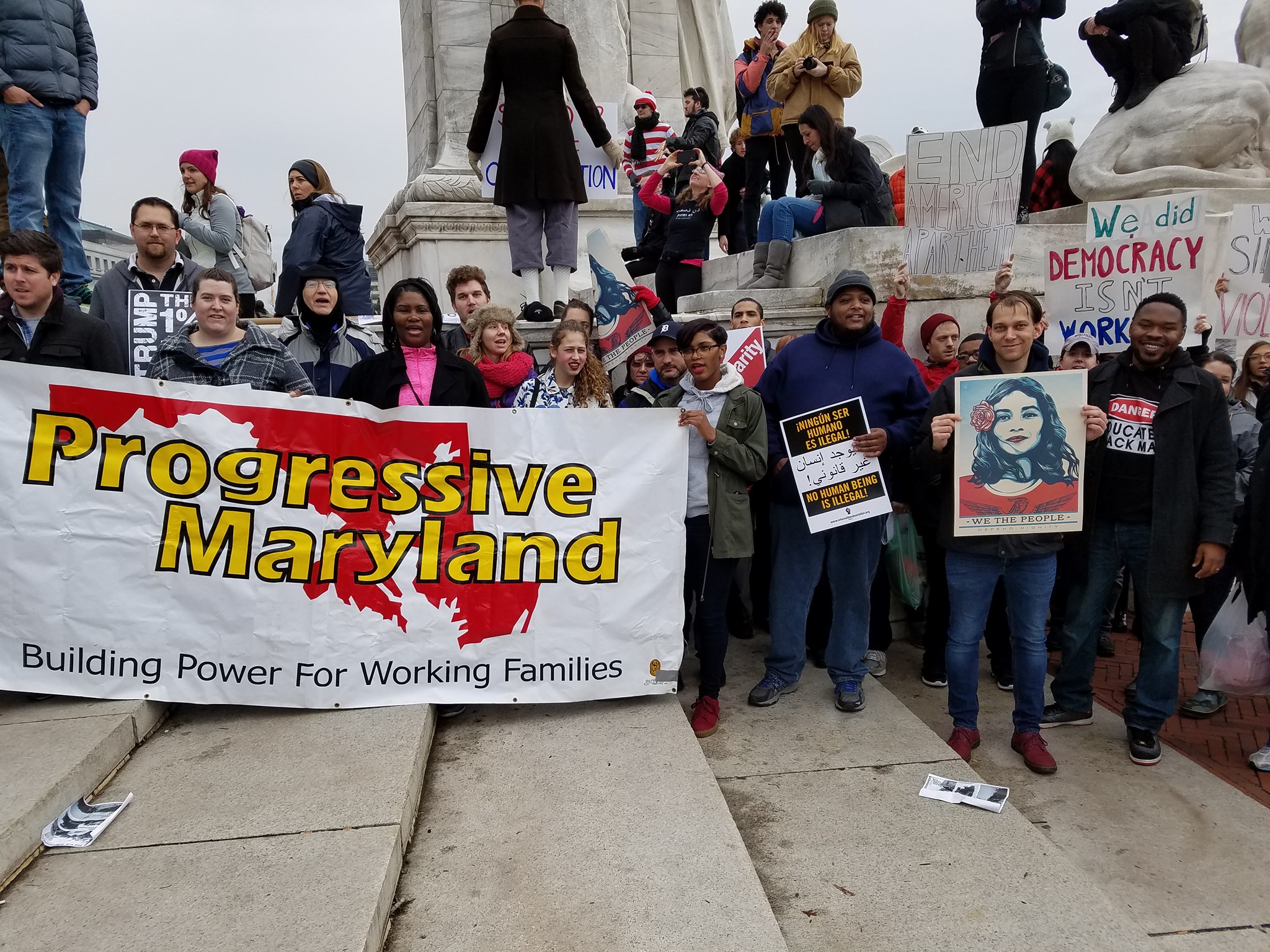 Join us as we set a course for 2019 and beyond at our statewide end of the year meeting.

In 2018 Progressive Maryland members have been on the front-lines of building a progressive electoral force in our state. Together we contributed to not only a powerful blue wave in the general election, but also a major progressive wave during the primary season which swept our state. We did this with an amazing grassroots ground game that helped expand the electorate and organize our base. Here’s some of what we accomplished:

RSVP To Join Us Dec 29th
Together our efforts resulted in the nomination of Ben Jealous in the primary as one of the most progressive Democratic Gubernatorial nominees in recent Maryland history. We helped to defeat 2 incumbent machine Senators and elect a number of new more progressive Senators and Delegates across the state. At the local level in Montgomery County, Progressive Maryland along with our affiliates and allies mounted a successful campaign to defeat a self financing multi-millionaire candidate in order to nominate Marc Elrich during the primary. Together we also defeated wealthy multi-millionaire developers and their candidate of choice in the Montgomery County general election to make Marc Elrich the next County Executive. Along with these major victories we elected numerous candidates in down ballot races across the state to local school boards and central committees.

Altogether, 74 of PM’s endorsed candidates will be taking office in 2019, as a clear majority of our endorsed candidates won their races! Now we need to translate those electoral victories into pro-working family legislation.That means enacting a $15 minimum wage that increases with inflation, a guaranteed right to health-care, and an end to mass incarceration. Together we will make sure that Democrats take on corporate power in Maryland on behalf of our state’s multi-racial working class. Join us as we chart out the next chapter of making Maryland the most progressive state in the nation.

RSVP To Join us for an opportunity to write the history of our state and paint a more progressive future.