MoCo, the Under 2 Coalition, and recently in Bonn

The bad news about increased carbon emissions, a MoCo activist reports, is somewhat balanced by good news about the fight against them. Local governments like Montgomery County are taking action; at a recent conference in Bonn, US officials including state governors were pitching in to cut emissions even though the Administration is in opposition to the Paris Accord.

You may have heard the bad news: global carbon emissions have risen in the past year. Emission levels were flat or increasing only minimally for three years. By the end of 2017, however, there will be an increase of 2 percent in the burning of fossil fuels. That will amount to 41 billion tons of carbon dioxide entering the atmosphere in 2017 alone, emitted by people burning fossil fuels around the world. Funny to think that some folks believe this has no effect at all on our Earth’s fragile atmosphere, the 62-mile-high envelope of precious gases that keep us alive and regulate Earth’s climate.

Earth, of course, is the only planet in our solar system that can sustain life, thanks to its atmosphere. This is where we are pouring billions of tons of carbon dioxide and other gases that cause global climate change (GCC). One might think we would want to take very good care of our atmosphere as our lives and the lives of all of Earth’s plants and animals depend on it. Why wouldn't we?

Good News: Montgomery County has Joined the Under 2 Coalition

In September 2017, Montgomery County became the first county in the U.S. to join the “Under 2 Coalition” whose goal is to limit the burning of fossil fuels, so we can stop global climate change. This coalition of 2,300 “sub-national governments” (i.e., governments that are not national governments) such as cities, counties, and states, as well as businesses, is a project of The Climate Group. 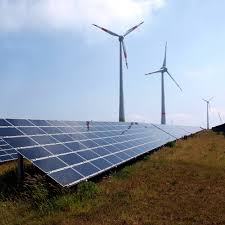 The Climate Group is a nonprofit working to drive the world to zero net greenhouse gas emissions and greater prosperity for all. Coalition members pledge to drive down their greenhouse gas emissions, while documenting and quantifying the actions they take to achieve that goal. The hope is they will share strategies and develop best practices. The reference to “Under 2” is the two metric tons of carbon dioxide equivalent per capita that will be permissible by 2050. This would necessitate reducing greenhouse gas emissions by 80-to-95 percent from 1990 levels. “Under 2” also refers to two degrees Celsius, which scientists agree is the upper limit the planet can tolerate for an increase in global average temperature.

The “Under 2” group was well represented in Bonn, Germany this week where the United Nations Climate Change Conference took place. Senator Ben Cardin of Maryland, Governor of the Commonwealth of Virginia Terry McAuliffe, and Governor Jerry Brown of California were all there. Virginia recently joined Montgomery County in the Under 2 Coalition.

Meanwhile, Montgomery County is working hard to limit GHG emissions within its borders. It has a 194-page Environmental Plan, and numerous programs that offer incentives and resources for reducing greenhouse gas emissions.

How Can You Help?

I recently found out that I can stop the unwanted junk mail and catalogs that fill up my mailbox, or at least some of it. I am signing up for that and encourage you to do the same! There are many other ways to save energy and get involved in greening Montgomery County. Visit the following resources for more ideas:

Liz Dueweke is a Montgomery County activist and member of Progressive Montgomery. This post first appeared on the PMD Montgomery chapter page.