Our new Organizing Director for Progressive Maryland, Nikki MG Cole, introduces herself and her organizing experience and invites our progressive activists to renew their effort to win on the Fight for $15 and other PM priorities in the General Assembly, and beyond that to change our politics by changing who wins office.

/By Nikki MG Cole/ HELLO MARYLAND!!!!!!!!!  My name is Nikki MG Cole and I am the new Organizing Director of Progressive Maryland.  I am ready and thrilled to take on this role as I am committed to working in community and in coalition to transform our home state, region, and nation into an honest and true land of opportunity for all. I consider myself a passionate strategist, organizer, advocate, and fundraiser for workers’ rights and environmental justice; specifically my forté is working to build power with marginalized people impacted by the food economy, as well as developing organizational infrastructure and team systems. I am a proud Black woman and graduate of the University of Maryland, College Park (Go Terps!), having studied Literature of the Civil Rights Movement, Media Studies, and Environmental Studies.  I was born and raised throughout the state of Maryland - including Prince George’s, Montgomery, Frederick, Washington, and Allegany Counties - so I am excited to return to my roots because I’ve been living and working in the District for the past 12 years.

I have over 17 years of professional experience in the hospitality industry. As such I began my organizing career with the Restaurant Opportunities Center of Washington, DC in 2009. At ROC-DC, I conducted extensive research on the institutional and 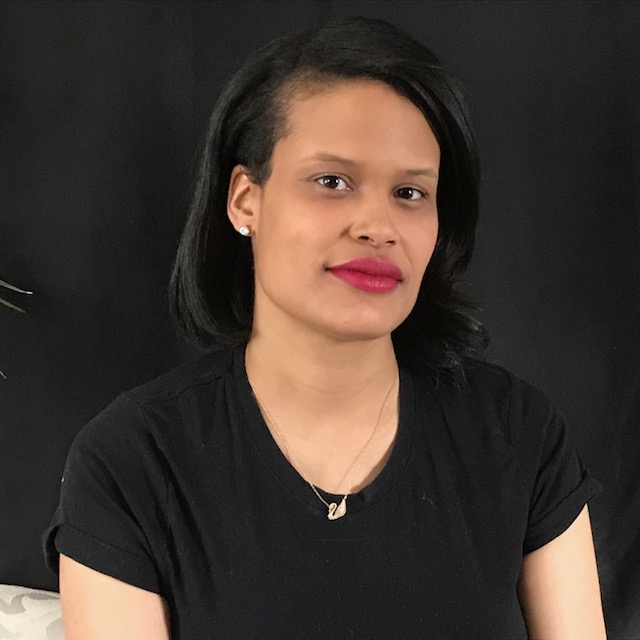 structural inequities primarily affecting women, people of color, and immigrants in the local and national restaurant industries - including the two-tiered wage system that still exists as a remnant of a slave economy. I also organized restaurant workers to launch the first national restaurant workers corporate accountability campaign, as well as a coalition to win paid sick days for all DC restaurant workers. I later became the Executive Director of DC Jobs with Justice, where I led and supported multiple cross-sector coalitions to win policies that increase DC’s city-wide minimum wage, establish wage theft protections for all, and protect job access for returning citizens. Most recently, I worked on national food and farm justice issues with the HEAL Food Alliance, where I trained grassroots leaders on how to develop issue-based coalition-led campaigns, and run for political office.

I am committed to developing and preparing grassroots community leaders to run for office because I believe that those of us directly impacted by injustices in the system are the people with the best solutions, as well as the most committed to transforming our society. In the 2014 and 2018 elections, I helped recruit and manage slates of progressive candidates to run for and win seats on the DC Democratic State Committee, as a way of developing a pipeline of fresh, accountable community-based leadership into DC politics.  I am highly motivated to build a pipeline of leaders to take over the state of Maryland politics over the next several elections too.  It’s time to reclaim our democracy, economic power, civil liberties, health, and environment!

As a lifelong hospitality professional myself, I urge you to take action now to support the Maryland Fight For $15, as the folks who grow, prepare, and serve our food are once again about to be left out of the bill. Why? Because key leaders of the Maryland State Senate and House are more committed to corporate profits than the future of Maryland rural families, restaurant, agricultural, and youth workers.  All of us at Progressive Maryland know, that enough is enough and it’s time for our voices to be heard, prioritized, and acted upon.

Do you want to get involved with Maryland’s Fight for $15? Interested in starting your own chapter of Progressive Maryland to fight for the changes your community needs most?  Then reach out to me directly at [email protected], or book time for a 1-on-1 chat with me on Friday afternoons here.  Interested in helping us phone bank to win a solid $15 minimum wage bill? Then reach out directly to [email protected] and he will get you plugged in. And if you want to join the fight but you just don’t have the time, donate $15 today to help us secure a strong $15 minimum wage bill. Your donation between now and April will help me and the PM organizing department mobilize affected workers and progressive voters on the phones and in person to Annapolis, as well as help us print materials and nourish our members during our upcoming advocacy nights.

Thanks so much to everyone for welcoming me onto the team, and to everyone who donates so we can win a #Clean15 this year! I look forward to meeting you all and winning together!