Progressive change means transforming the Democratic Party -- from outside

Politics in the US are stymied by political parties that have surrounded themselves with legal protections to maintain their power, PM Executive Director Larry Stafford points out here. But neither party -- especially the Democrats -- is responsive to the people they are supposed to be working for. For Democrats, that's us working people -- and we are those people who have to transform the party or replace it, Stafford says. This is the first of a two-part analysis. 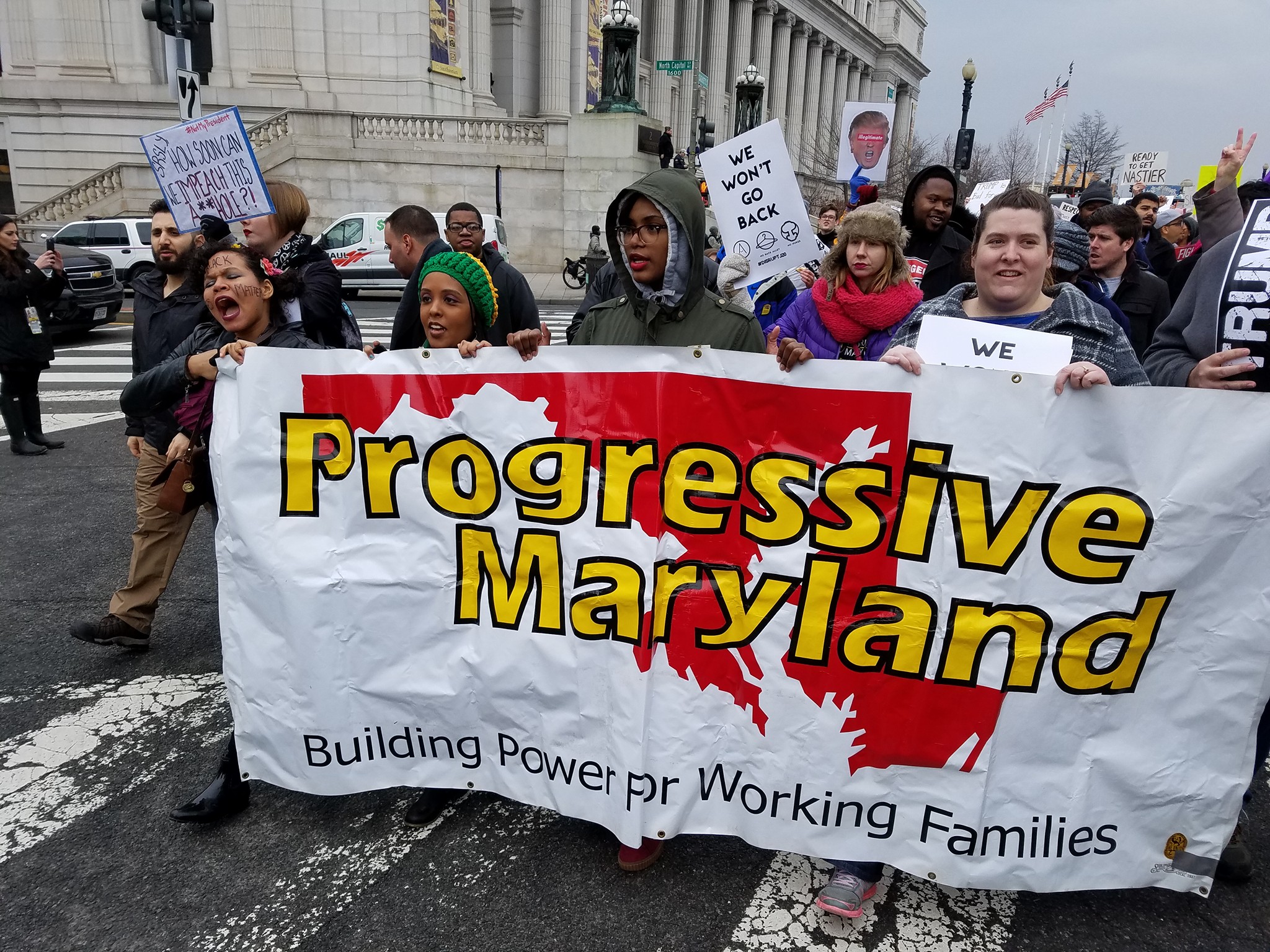 /By Larry Stafford/ Progressives in the United States have long sought a resolution to the often disappointing status quo of our current two party system. The Democrats, while being able to claim the role of the mainstream, electorally viable party of the left, have often disappointed our movement. The top level leadership of the party has often surrendered in the face of demands from large corporate interests and the wealthy elite of our country. This history of capitulation has been devastating to our economy, our environment, and our democracy. In addition to this, the party has an inconsistent record in delivering for its most loyal constituencies including African Americans, Latinos, the LGBT community etc. While disappointed, we on the left and members of the party’s diverse base have often been willing to stomach many of the party’s failings because the alternative has been much worse.

While the Democratic Party has often disappointed, it has served as a useful vehicle for a great deal of progress. From increasing access to healthcare, to combating climate change, to advances in LGBT rights, the Democrats have not been all bad. As the mainstream party alternative, Republicans have managed to play an almost completely adversarial role in many of these fights and have openly stood in opposition to progressive reform efforts. The fear of electing Republican officials has managed to keep many within the ranks of the Democratic Party. However, neither of these parties has truly represented the values and aspirations of many Americans. Neither party has advocated for the kinds of robust systemic changes our country and the people of the world need, such as radical shifts away from fossil fuel production, reparations for slavery, and an economy controlled by working class people. Perhaps the fact that neither party can truly claim to represent the interests of much of the population can explain the growing number of registered independents, voter apathy, and increasing interest in third party alternatives.

Third parties such as the Green Party have been in much greater alignment ideologically with most progressives. The Greens have proposed bolder reforms than most Democrats have been willing to commit to and their vision has been able to capture the hearts and minds of many progressives throughout the country. However since 1890 both of the two mainstream parties have enacted laws that have made it all but impossible for a third party to make significant electoral gains. Both Republicans and Democrats have supported ballot signature requirements, unreasonable filing deadlines, and vote performance requirements which have made third parties devote far too many resources to simply maintaining their existence. These laws, created by and for the parties in power, have put progressive third parties at a dramatic disadvantage. Secondly, while support for our current two party system seems to be fading, it remains a significant part of our political culture and heritage as party affiliation is passed down within families like genes from parent to child. Many who should make up the base for a new progressive political party are culturally invested in the Democratic Party. In fact the numbers demonstrate this, as the number of registered Democrats far exceeds the total combined registration of any progressive third parties by far. Thus the path to progressive electoral victory and governing power in places where these conditions exist likely does not lie in creating new third parties. However this doesn’t mean that we should accept the status quo. Recent developments demonstrate the contrary, and the path to power for progressives lies less with party politics and more with building powerful progressive political formations outside of the context of any political party.

It’s time for us to look at parties differently in two principal ways. One, the two dominant political parties of our day have changed drastically over time. Republicans have transitioned from the party of Abraham Lincoln to the party of Theodore Roosevelt and later Ronald Reagan. The Democrats have evolved from the party of Andrew Jackson, to Franklin Roosevelt, and then Bill and Hillary Clinton. Over time parties have not only changed in terms of their elected leaders, but they have been shown to change ideologically as well. Parties in the United States contain multiple competing factions from Ron Paul Libertarianism in the Republican Party to Elizabeth Warren’s populist progressivism. The two dominant parties are not ideologically consistent political organizations, but instead vehicles for organized political factions. Parties are empty vessels that are filled by the dominant actors within them at any given time. Secondly, parties are simply a vehicle to obtain advantageous legal access to appear on a ballot. To run as a Democrat or a Republican does not necessarily dictate what ideas and principles you must represent. You can likely guess where someone stands on certain issues based on their party affiliation, but there is no law that guarantees that a candidate of a certain party will vote a particular way or believe in any set of values. Primaries are the process by which the voters in a particular party decide who is most closely aligned with their values. However, party membership in the United States does not require any litmus test on values or beliefs and therefore party voters often vote on factors outside of any coherent set of values in their primaries.

The existing two parties have consolidated their hold on the politics of today by protecting themselves with election law and practices that keeps their potential competition off balance. But that history has also left them hollowed out and without value as vehicles of positive political principles, for good or ill. How can progressives effectively mobilize power, including electoral power, in this political environment? In the next section we’ll look at a path forward.