Racial discrimination in the Prince George's Police Department is discouraging the reporting of abuse committed by PGPD officers because Latinx and Black officers in the department experience retaliation for speaking out about it, spurring a lawsuit. New leadership in the county must take firm steps to enable full compliance and accountability in the department in order to end abuse of citizens by police.

/By Seanniece Bamiro/ A few weeks ago, the Latinx and Black officers and civil rights advocates rallied at CASA de Maryland to announce a lawsuit against the Prince George’s County Police Department (PGCPD). The suit said that there is racial bias in hiring practices in the Department and that members of PGCPD were retaliating against police officers who report racist misconduct when interacting with County residents and drivers.

The retaliation against officers sends a clear message to me -- there’s no accountability to the community. I was not surprised when I heard about the racial misconduct happening in PGCPD. In fact, I have had my car stopped for merely “fitting the description.”  On one occasion, I was followed to my destination by a police officer following a traffic stop. My interactions with the police department have not been fatal; however, after being followed, my senses are heightened to observe whenever police are around. I understand that many in my community have the same feelings because police misconduct in the County is far from uncommon.

Longtime residents of Prince George's County may know that in 2004, the Department of Justice investigated PGCPD for excessive 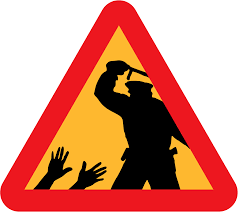 use of force on residents. The investigation resulted in a consent decree/guidance on the remedies needed to improve the police department. However, few know that in 2017, the Department of Justice began investigating the PGCPD for racist hiring practices. The investigation is still ongoing but it has largely been swept under the rug.

Over the past few years, Prince George’s County has not been a stranger to scandal but there’s hope. I’m hopeful that the lawsuit as well as the organizing around the internal issue will consistently shed light on the historical mistreatment of our majority Black and Latinx community. I am also hopeful that it will bring forth the accountability needed to reform the police department. Our outgoing County Executive Rushern Baker and our incoming County Executive (and outgoing State’s Attorney) Angela Alsobrooks were aware of the misconduct but chose not to hold Police Chief Henry Stawinski accountable for the racist and retaliatory practices occurring. Alsobrooks, because her office appoints police chiefs, has an opportunity to appoint a culturally competent police chief. A new police chief and a clear message that misconduct will not be tolerated is the first step to the cop free world that abolitionists would like to see. Please sign the ACLU’s petition to stop retaliation against officers of color.