SB122, Senate crime bill, should not get out of the House

Progressive Maryland continues to oppose the provisions of Senate Bill 122, a so-called omnibus crime bill that wraps some funding sweeteners together with Draconian sentencing requirements making Maryland’s already oppressive system of mandatory minimum sentences even worse. It needs to be opposed on the floor of Maryland’s House of Delegates, and by voters throughout the state.

/By Woody Woodruff/ Progressive Maryland continues to oppose the provisions of Senate Bill 122, a so-called omnibus crime bill that wraps some funding sweeteners together with Draconian sentencing requirements making Maryland’s already oppressive system of mandatory minimum sentences even worse. It needs to be opposed on the floor of Maryland’s House of Delegates, and by voters throughout the state.

As our allies at the Job Opportunities Task Force point out forcefully, the bill

“will increase incarceration through mandatory minimums and sentence enhancements. Although this bill is being touted as a statewide crime effort, it directly targets Baltimore City without addressing the true needs of Baltimore, the causes of poverty, or joblessness. SB 122 will only drive unemployment by increasing the number of individuals who have a criminal record. This bill does not include expungement, correctional education or programming, or data to support these measures, and is NOT comprehensive.”

Progressive Maryland’s opposition to the bill drew the ire on the Senate floor of lead sponsor Sen. Bobby Zirkin of Baltimore County, who referred to the organization as “lint we flick off our sleeve.” Zirkin – who has a serious, progressive opponent for the first time in a couple of cycles – may feel the need to stay to his right and be “tough.” However, it wasn’t long ago that Baltimore County’s prosecutors sought the death penalty almost exclusively against defendants of color, as shown in a study of Maryland’s death penalty that has since resulted in its abolition.

The slow community death of mass incarceration will result from the enhanced penalties in this bill. 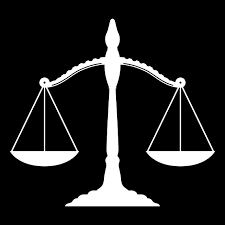 Progressive Maryland continues its appeal as the bill heads for a vote on the House floor: Sign our petition and follow it by sharing on social media. On Twitter, use HashTag  #MDAgainstSB122.

The bill’s treatment by the House Judiciary Committee was recounted by one hearing participant, Montgomery County activist Michael Tardif.

“The Judiciary Committee Chair, Joe Vallario, treated the witnesses in opposition to the bill very badly. ….   It was abundantly clear that Vallario and Senator Zirkin, the sponsor of the bill who appeared as a witness and dominated the room for much of the day, were trying to run out the clock and wear down opponents of the bill, hoping that many people in the packed room would leave. Many opposing witnesses hadn’t planned to stay so late and had to go, but the number of people who stayed to the very end was impressive.

"Witnesses in support of the bill had read their testimony at length, …uninterrupted, without regard to time limits, and were treated with formal decorum, courtesy, and respect. Once testimony in opposition to the bill began, the tenor of the hearing changed. … Vallario held his gavel in a hovering position [and]… often interrupted witnesses even before their two minutes had elapsed. … despite the drama, on the whole, it was a very good day for opponents of the bill.  The room was packed until the very end.”

Tardif praised the testimony of Ricardo Flores of the state Public Defenders’ office, which indicated the bill promoted “outright political illusion: that we are actually doing something legislatively when we know we are most probably not.  Thankfully, the bill does contain program funding that will address the violence, and that part of the bill we fully support.”

But, he added, “…there is no reason to think the current penalty is in need of an increase.  In fact, it might suggest a need for a revision downward.”

Zirkin and other proponents of the bill pushed back against tough language used by Progressive Maryland to oppose SB122. But when you have already knowingly entered the territory of disparate impact, getting to the historically worst outcomes is just a matter of slow degree. The bill should not be passed by the House of Delegates.