Progressive Maryland's Executive Director, Larry Stafford, writes: "Last night, a Progressive earthquake shook Maryland’s establishment politics to their core. Ben Jealous’s primary victory puts Maryland within striking distance of the progressive governor we deserve and need. His victory marks the ascendance of a movement that’s grounded in progressive values, led by women and people of color, to shape a new direction for politics that breathes new life into the electoral system, in our state and beyond."

/By Larry Stafford/Last night, a Progressive earthquake shook Maryland’s establishment politics to their core. Ben Jealous’s primary victory puts Maryland within striking distance of the progressive governor we deserve and need. His victory marks the ascendance of a movement that’s grounded in progressive values, led by women and people of color, to shape a new direction for politics that breathes new life into the electoral system, in our state and beyond.

At Progressive Maryland, we’ve been on board with Ben from the start – and he with us. Back in December, he let us know where he stands on key issues: the $15 minimum wage, workers’ right to organize, women’s rights and Medicare for All. As with all of our candidates, before we knocked on a single door, we shared his public commitment to us on these issues with you. And as we celebrate his victory, it’s worth remembering what he told us then: 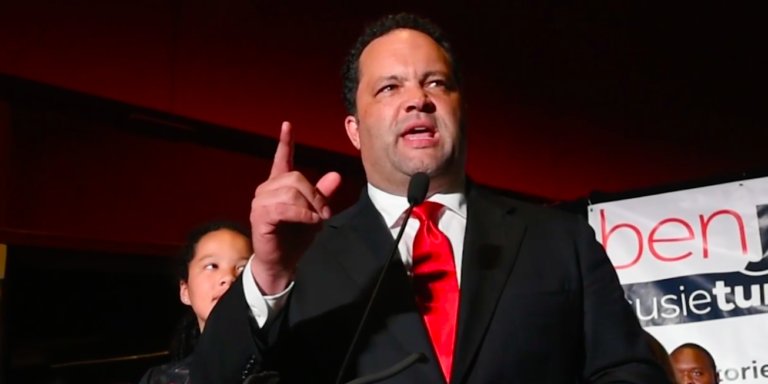 I’ve been a civil rights leader my whole life and it has been a lifetime of bringing together diverse coalitions across the lines that are supposed to divide us like race, class, religion and so on. Talking to Marylanders from the place that they are coming from, whether they are a white police officer dealing with violent crime in Baltimore City or a black working mother from Montgomery County, you have to first recognize and acknowledge their struggle and it is only from that place that understanding and change can happen.

This is what sets Ben apart, and makes him a true leader. Like Progressive Maryland, he hears the voices of ordinary Marylanders, the only way you can: by knocking on doors and listening to the struggles, hopes and dreams all across our state. He then puts this experience into practice on issues that really resonate with people.

Ben’s primary victory represents a shift in the balance of power in Maryland politics and within the Democratic Party away from the old, corporate consensus that the only kind of change that’s possible is incremental. He is bold, and so are we.

It also shows that the path forward for progressive values and working people’s values is through organizing and creating meaningful alliances between populist progressive, white constituency groups and progressive people of color, who want to vote for people who knows the issues of our communities and who will put forward bold solutions that meet the needs of our constituency.

Ben represents the success of this kind of coalition, and how it can beat establishment politics. And it also represents to me, as an African-American man, that we are strong enough to win in Maryland, and in the nation.

Maryland’s Democratic electorate has long been significantly been driven by Black voters. The fact that Maryland’s Democratic contender for governor is now African-American is powerful. But even more powerful is that Ben’s campaign is not just based on racial identity. It’s based on the real values he puts forward, the types of ideas that he has, and the vision that he’s putting forward for our state. These are the values and vision that Maryland needs now.

We’re clearly witnessing a changing of the guard, especially in the Maryland General Assembly, where the Chair of the House Judiciary Committee, Senate Finance Chair, Senate Pro-Tem and Senate Health and chair of the Environmental Affairs Committee were all unseated by progressive challengers.

Regressive incumbents like these have held back progress in Maryland on the minimum wage, sick leave, criminal justice reform and other policies that matter most to ordinary people, so these victories open the door to real change in our state.

Ben now stands poised to lead this progressive wave. We’re proud of him, and proud of all the progressives who made strong showings across our state – such as Cory McCray, Mary Washington and Antonio Hayes in the State Senate, Mark Elrich and Brandy Brooks in Montgomery County, and Krystal Oriadha and Juwan Blocker in Prince George’s County. At Progressive Maryland, supporting candidates like these demonstrates our commitment to doing politics in a different way – now, in November and beyond.

Ben has a bold vision, one that’s right for Maryland. Onwards to victory, Ben. You demonstrate when you really tap into our state’s progressive electorate, you can win with progressive ideas: go bold.