Why would progressives working at the local level care whether or not Donald Trump is trashing our relationship with our allies in the North Atlantic Treaty Organization? Because, a Shore activist says, progressive organizing at the local level is hampered when the US is in the grip of the insecurity and disruption that Trump uses as cover for his misgovernment. NATO is a stabilizing force.

/By Jared Schablein/ For my entire life as an activist, I have been critical of the United States’ foreign policy and rightfully so.  All most every single one of our nation’s foreign engagements since World War II has been imperialistic, hyper-aggressive, and generally destructive.  The US has found itself backing brutal dictators and engaging in regime-change wars that caused mass instability in South America, the Middle East, and regions through the world as well as taking part in military conflicts in which we should never have been.

Currently, President Trump like the administrations of old has continued many of these same reckless policies and pointless aggressive wars.  However, President Trump has taken these reckless policies a dangerous step further by undermining and trying to destroy agreements and policies that keep peace and stability in at-risk parts of the world by constantly attacking our closest allies with false claims and outrageous rants. One of the few current US foreign policies that is agreeable and good for both the country and world at large is the United States’ involvement in the North Atlantic Treaty Organization, better known as NATO. 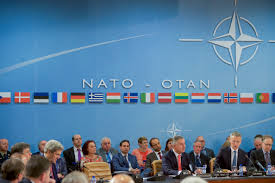 NATO was created on April 4, 1949, with the signing of the North Atlantic Treaty. Despite popular belief, NATO was created for more than just countering the political and military threat at the time in the Soviet Union.  The treaty set up several commitments and goals for each member nation to uphold and pursue including maintaining peace in Europe, creating cooperation among NATO members, and mutual defense.  The treaty also commits members to ideals of democracy, liberty, and peaceful resolutions to international disputes. NATO has been able to withstand the test of time because it has constantly changed and evolved to meet current political and international security concerns all while maintaining its core goals and beliefs.

Over the years NATO has had many achievements.  These achievements include having seven straight decades of peace within NATO borders; forging over forty partnerships with non-member nations around the world to ensure stability, peace, and conflict reduction; enacting international crisis management operations like peacekeeping operations in Kosovo during the late 1990s -- resulting in the current peace and start of new prosperity in the Balkans; and working with the African Union to stop piracy off the coast of Africa -- resulting in piracy being down 75% since 2011.

Despite all NATO’s success, there are still many challenges that face the world and the alliance that one nation cannot handle alone.  These threats include global terrorism, cyber attacks, environmental issues like climate change, and Russia’s aggression in Eastern Europe with the illegal annexation of Crimea and the build-up of military forces along NATO’s borders.  NATO is preparing itself to address these issues by reinforcing its deterrent efforts, supporting international efforts to maintain stability, investing in counter-terrorism, combating climate change and preparing cyber defenses. Together through mutual defense, counter-terrorism, and stability efforts, the United States through involvement in NATO can work with international partners to avoid conflict and build a better world.

Despite Trump, most of the grown-ups in his defense and foreign policy setup want to stay involved in NATO. Why? And why should progressives care?

The first major reason to stay involved in NATO is mutual defense and security between allied nations. The biggest component of NATO’s founding treaty is Article Five, which establishes that an attack on one member ally is considered to be an attack on all allies.  This important article is crucial for many reasons, but principally providing more resources to allies in a crisis.  NATO has many different types of countries both big and small from regions across Europe and North America.  Some smaller nations like the Balkans nation of Montenegro are centered in regions where there have been decades of political instability and armed conflict.  If an armed conflict arose, smaller nations like Montenegro would have the resources and support needed from outside allies to repel outside attack and to help protect the country’s people and sovereignty.

Another positive aspect of Mutual Defense is the fact that it builds close relationships that spill into other aspects of life.  It should be no shock that many of our same NATO allies are also our closest trading partners.  Through trade and international commerce, with other NATO nations, the United States can sell more goods and collectively grow its economy as well our allies, creating mutual economic benefit.  Finally, alliances like NATO make it easier to share ideas and culture between nations.  The sharing of ideas and knowledge collectively improves and advances of societies across the alliance from the United States to Estonia and everywhere in between. Mutual defense also serves as a powerful deterrent to prevent armed conflict or acts of aggression toward allied nations.

Terrorism is a persistent global challenge that is one of the biggest threats to citizens of the United States and all NATO countries.  Terrorism knows no border, nationality or religion, making it a difficult issue to address and one that no one nation can handle alone. The US works within the Terrorism Intelligence Cell at NATO headquarters and in a hub in Naples, Italy to improve threat awareness and preparedness to respond to attacks – anywhere in the Alliance, including the US and Canada.

The third and final major reason the United States should remain involved in NATO is to maintain stability and prevent conflict around the world. NATO establishes peace by working with international partners from shaping policy to building defense capacity. Over the past several years, NATO has started over 450 collaborative activities among its 29 member nations and 41 partner countries ranging from cyber defense to humanitarian efforts.  NATO  efforts were vital in bringing peace to the Balkans in the 1990’s, preventing World War III during the Cold War, and helping governments rebuild stability after failed wars in the Middle East.  Through building international partnerships and collaborating with member nations, the United States can reduce the number of conflicts that take place around the world and help bring stability to at-risk regions of the world without involving major US presence or armed conflict.

It is the goal of all progressives to create a US foreign policy that is less militaristic, expensive and aggressive.  That is why as a 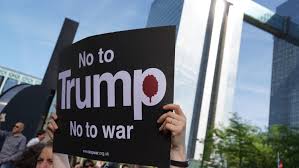 nation and as a political movement we must remain committed to NATO involvement.  One of the most important things when it comes to bringing peace and stability is this: If we don’t want US troops fighting in foreign lands, we need to maintain our alliances. Our commitment must focus on changing foreign policy to reduce the amount we spend on defense and end the number of aggressive wars we enter.  As a member of NATO, our allies can help us achieve that goal by helping in our national security through collaboration and help maintain stability by working with international partners to bring and maintain peace.

That being said, I hope that we can transform US foreign policy from its current militaristic and aggressive attitude to working with our allies to ensure peace through other means and working to prevent attacks in our own borders instead of interfering and causing instability in other nations. This progressive goal can be achieved if we stay a part of the NATO alliance.

More about NATO Here: NATO website: https://www.nato.int/ ; NATO: What is it, why does it still exist, and how does it work?  https://www.youtube.com/watch?v=3vN4r2hg0Os

How a nation joins NATO; https://www.youtube.com/watch?v=Y4YwnsdfWJ8 ;

Schablein is chair of the Lower Shore Progressive Caucus, a local chapter of Progressive Maryland. Images from Creative Commons.