There are some things people in public life shouldn't waffle on. Like Nazis.

"It is a shame that when people allow their emotions to push them into their own political corners they, from time to time, might say things that they may not really mean if they were to take the time to think about it," Lower Shore activist Jared Schablein reflects.  "Nazism is not an acceptable political belief, in this or any other country."

/By Jared Schablein/ The last few weeks have been challenging for our country, and emotions have run high. It is a shame that when people allow their emotions to push them into their own political corners they, from time to time, might say things that they may not really mean if they were to take the time to think about it.

Recently, I noticed multiple exchanges on social media among one of my friends and a few local people that were defending Nazis or excusing people who defended Nazis. These are our neighbors, that live in Ocean Pines, Berlin, and Ocean City. My friend noticed that all of these people had one thing in common. They were Facebook friends with Del. Mary Beth Carozza, as was he. So, he posed a question to Mary Beth Carozza on Facebook, asking her if she would disavow people that defended Nazis. Instead of responding to him she deleted or hid the post.

I am not someone that believes that our moral compass comes from our elected officials. However, we do look to our elected officials to be leaders in our community. The fact that Mary Beth Carozza refuses to disavow defenders of Nazis may be one of the most disturbing things I have seen from any politician on the Eastern Shore. Is she afraid she will lose some votes if she disavows Nazis or Nazi sympathizers? Can there really be that many people in her camp that would be upset if she disavowed Nazi sympathizers? Perhaps she is unaware what the Nazi philosophy states? 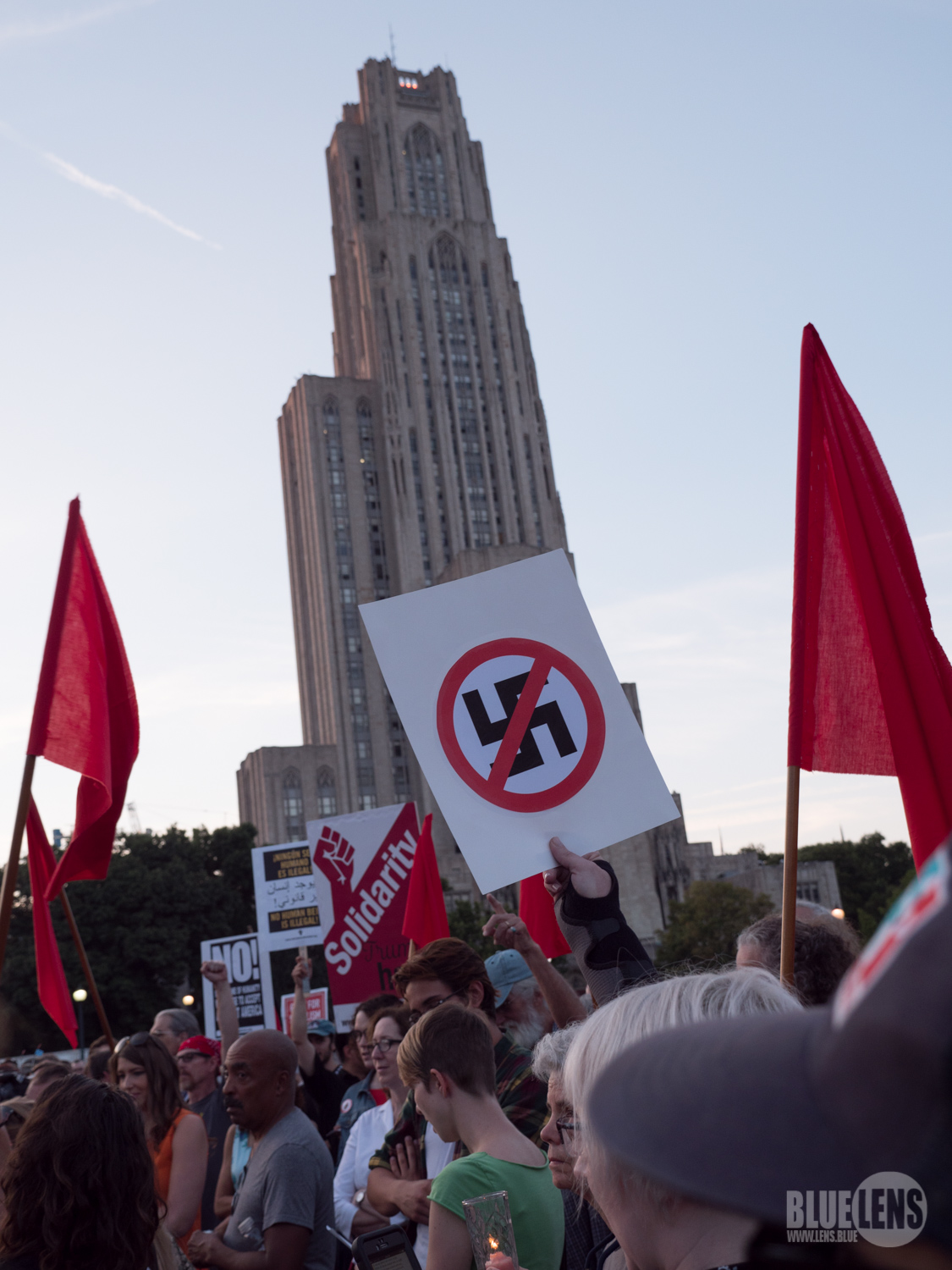 Nazism is not an acceptable political belief, in this or any other country. It is not like Socialism, Communism, Theocracy, Democracy, Monarchy, or even Fascism. It is a fascist belief, but it is specifically built entirely on biological racism and anti-Semitism. It is built on the lie that the ethnically German people were the master race, and that all other races were inferior, and some were sub-human. There were no good Nazis. The ideology prevents it. There might have been good German people living in fear, or doing whatever they could so that their families survived, but if one accepted the Nazi ideology as truth then by definition that person was not good. They were wrong and they were bad.

We cannot allow Nazism to take root in this country. I don’t care if it is one thousand, one hundred, or one person, the ideology is wrong and must be shouted down in every instance. Mary Beth Carozza had an opportunity to stand up for what was right and denounce Nazism. Instead she chose to hide.

This is not an issue we can ignore. When people in our community defend Nazism, it is our duty to speak up against them. This is a place where we should give no ground. There is no grey area here. There is right, and there is wrong. If our elected officials refuse to stand up for what is so clearly right because they are afraid they might lose a couple of votes, then what they will stand up for? Other than their own self interests.

Jared Schablein is an activist in the Lower Shore Progressive Caucus.