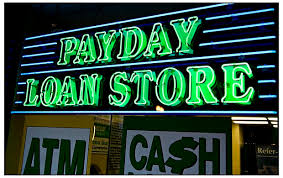 The Trump wrecking ball may hit vital consumer financial protections unless we tell them no. Comments on a rollback of regulations on payday lending must be made within five days. PM makes it easy here; read on.

/PM BlogSpace Report/ We have just 5 days left until the comment period over the protections against debt trap loans end! We need your help, in putting a stop to the Consumer Financial Protection Bureau (CFPB) rolling back on consumer protection.

With the public comment period coming to a close, if you haven’t already submitted a comment please do it now!

The CFPB’s new proposal to gut the rule disregards more than 5 years of research, data collection, field hearings, and public comment that went into the 2017 payday rule. No new evidence has come to light that would reverse these conclusions in the year since Mulvaney and then Kathy Kraninger took over CFPB. As now-Sen. Elizabeth Warren found when she began the research that led to the creation of the CFPB, “people got in over their heads not because they were greedy or lacked self-discipline, but because they were being outmatched by a sophisticated and often predatory industry of lenders.” In spite of this, now under the direction

of Director Kraninger, the CFPB is now relying on an industry-pushed reinterpretation of an industry-initiated study to justify gutting consumer protections.

It is clear that all that the Trump administration and its appointees, like Director Kraniger, have been trying to do is undo all of the progress we have worked so hard to implement.

We cannot let them have the last word!

We’re down to the last week of comments on the payday lending rule. The Ability-To-Repay rule is one of the strongest protections consumers have, and it’s in peril. Join the movement to #ProtectConsumers and put CFPB Director on notice! https://stoppaydaypredators.org

We can make a real difference in this fight to protect consumers, but we cannot do it without you!

If you are wondering why these predatory lenders seem far from your everyday life, it’s because Maryland is among the all-too-few states who have strong protections against them. At least, now.

Stop this greedy, predator-coddling move in its tracks and protect all of us.