Voters want legislators to be working for them. Now. 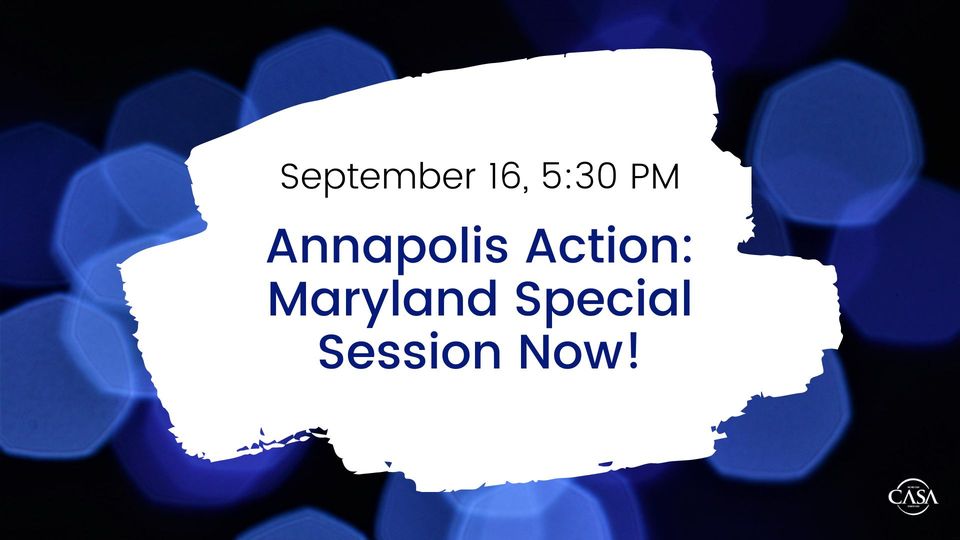 “Our state’s government isn’t intended to be run by just one person,” observes state budget expert Ben Orr. “… Gov. Hogan is operating without oversight and with no provisions for accountability on the part of the General Assembly. Billions of dollars have come to Maryland and [been disbursed] — or not — without the input of the legislative branch.”

Get the General Assembly to do its job by assembling at a rally in Annapolis tomorrow (Wednesday, Sept. 16). We'll show them how a people's legislature can meet safely instead of hiding behind the pandemic.

Benjamin Orr: Put Politics Aside. Convene a Special Session of the Legislature

/By Benjamin Orr <> Maryland Matters/ In “The Pros and Cons of a Special Session” [Maryland Matters, Sept. 9], Josh Kurtz gives his take on whether the Maryland General Assembly can muster the political will to convene for a special session. But he forgot one of the biggest “cons”: There is a massive human cost to putting off legislation that ensures Maryland residents can protect their health and meet their basic human needs.

With more than 113,000 coronavirus cases and upward of 3,600 deaths, Marylanders need relief now, not in January.

The day after Kurtz’s piece appeared, we got more information about the state’s finances. The state’s fiscal year ended with nearly $600 million in a fund balance. With that, plus remaining federal relief funds and the state’s $1.2 billion rainy day balance, Maryland is in stronger financial shape than previously forecast.

These resources give policymakers greater ability to address urgent needs like preventing evictions and ensuring people are returning to safe workplaces. We need solutions now; waiting until next year will be too late for many Marylanders.

In addition, Maryland stands to lose another $300 million if legislators do not take action this year to decouple from the tax provisions of the CARES Act, as other states have already done during their special sessions.

It’s reasonable to be concerned about adding costs to the state budget at a time that we’re seeing historic revenue losses. However, Maryland is a state with significant resources and we ultimately will be better off if the legislature can meet and address the budget in a more comprehensive way, rather than relying on Gov. Larry Hogan and the Board of Public Works to make harsh cuts with little public input.

Delays in addressing these issues hurts residents now and into the regular session. Other states and local governments have figured out how to convene safely and responsibly, including meeting virtually (Delaware); instituting health screenings, mask requirements and physical shields between desks (Colorado); seating legislators in the gallery to social distance (Hawaii); and holding legislative sessions in alternative locations including a convention center (Illinois) and a hockey arena (Rhode Island).

And voters want legislators to be working for them. A Gonzales poll conducted in May showed overwhelming support for the legislature to reconvene before January 2021. The idea was supported by 76% of voters overall with 76% of Democrats supporting, 85% of Republicans and 65% independent support.

With the likelihood of an in-person regular session becoming increasingly unlikely, adhering to the normal legislative schedule becomes less important, especially as the need for governmental action and relief is great. Legislative leadership should be determining how to reconvene as quickly and safely as possible. This means planning how to safely hold a session now, including consideration of the state’s open meeting law, how to ensure that the public can advocate for measures, and how votes can be cast.

Our state’s government isn’t intended to be run by just one person when the General Assembly is out of session, especially during extraordinary circumstances. It is for this very reason that the Maryland Constitution provides for special sessions.

Gov. Hogan is operating without oversight and with no provisions for accountability on the part of the General Assembly. Billions of dollars have come to Maryland via the federal government and disbursed — or not — without the input of the legislative branch. Oversight and accountability are desperately needed to ensure that Maryland is responding to this historic crisis with the health and safety of state residents in the forefront of relief and recovery efforts.

Legislative leadership must put political considerations aside and put people first by convening a special session as soon as possible.

Benjamin Orr is the executive director of the Maryland Center on Economic Policy.