What Is the Co-op?

A resident-led and resident-funded collective of people harnessing their own talents and skills to create a Prince George’s truly shaped by residents.

Progressive Maryland has launched a 75-day campaign to get 250 residents to pledge $20-30 per month. These funds go directly to hiring a full-time organizer who is solely devoted to organizing Prince George’s residents around issues that impact their communities the most.

Progressive Maryland works to create self-sustained chapters. That means, each chapter uses their own unique skills to create change in the own backyards. The organizer will help members identify the needs within the chapter and arrange training to build up the leader’s skill to win issues.  Some of these skills can include analyzing political issues to create powerful strategies and how to build powerful movements.

The organizer will also help grow the membership within the co-op. Movements cannot exist without people. We know that when people develop a plan, set goals and pressure decision makers, change can happen! We n 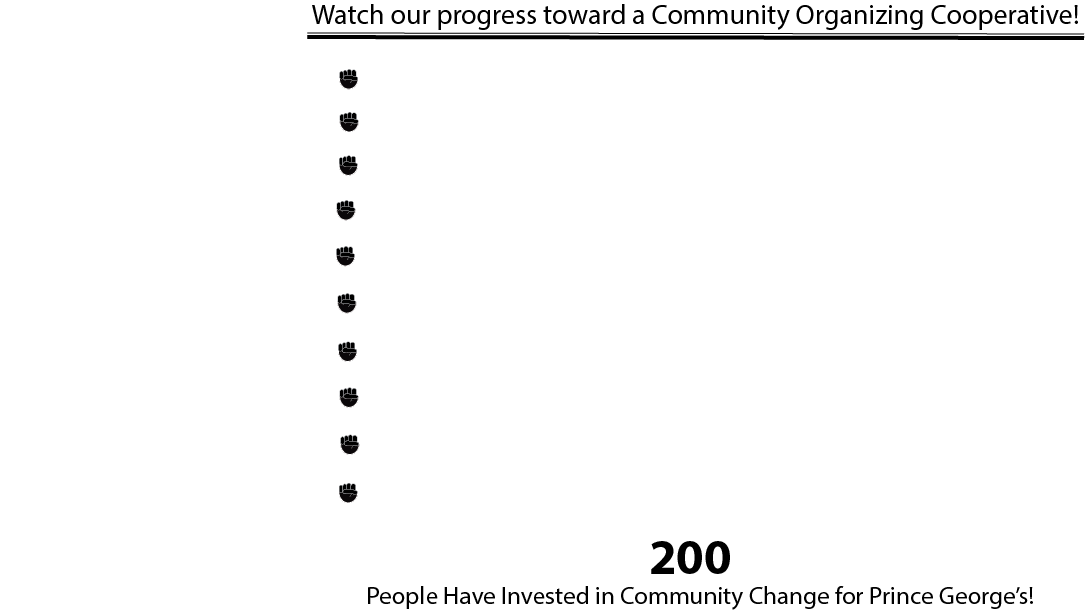 eed people in Prince George’s to hold them accountable and ensure that their working for the good of the people.

You Pick the Issues

Co-op members will form a steering committee where members will collectively decide what issues they want their chapter focus on. The path of the cooperative is in the hands of the community, not an outside funder whose money allows them to decide issues on behalf of the community.

Ready to get started? Learn how to host a house meeting to recruit your community. Email Seanniece Bamiro for more details.