Pride, Solidarity, and Resistance in the Wake of Orlando Shooting

At a time when pride about advances in tolerance and access for all, regardless of sexuality, should be our emotion we are instead crushed by the heartbreaking mass shooting in Orlando.

/By Justin Vest/ June is Pride month and it should be a time to celebrate the many victories the LGBTQ+ community has won. In just the past year the Supreme Court declared marriage equality the law of the land, the Obama Administration put forward inclusive guidelines supporting transgender students, and the historic Stonewall Inn is set to become a national monument.

We should be celebrating, but instead we find ourselves mourning the tragic deaths of at least 49 patrons of an LGBTQ+ nightclub in Orlando, Florida. Not only is this the deadliest mass shooting in American history (third deadliest in the world), but a continuation of a dangerous trend of violence against the LGBTQ+ community. The last time an act of violence of this scale has been seen against the gay community was 1973 when an arson attack at the Upstairs Lounge in New Orleans killed 32 people. 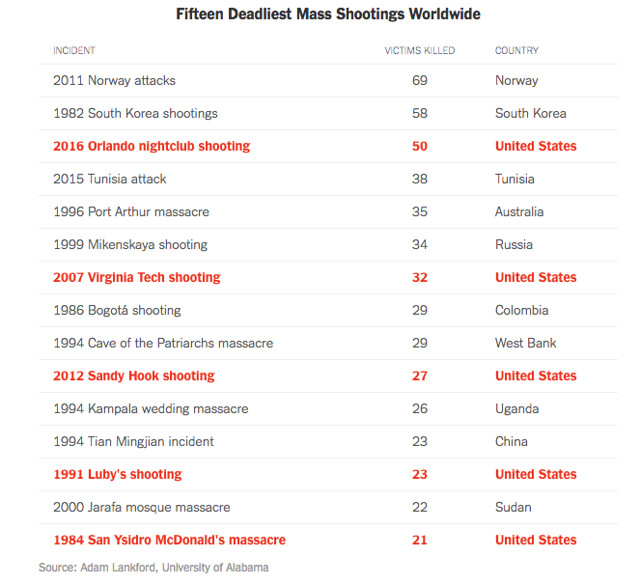 Violence remains one of the primary concerns for LGBTQ+ individuals and these types of tragedies will only continue as long as those in power continue to incite fear and support discriminatory legislation like North Carolina's anti-trans bathroom law, Tennessee's anti-LGBT counseling bill,  and Mississippi's Freedom of Conscience Act. According to FBI data, at least 20% of hate crimes in 2013 were motivated by sexual orientation. An epidemic of violence has plagued the transgender community in particular, resulting in the deaths of at least 22 transgender individuals last year. So far in 2016, at least 10 transgender people have been killed including Keyonna Blakeney who was murdered in her hotel room in Rockville, MD.

And it's not just violence. LGBTQ+ people still face employment discrimination, limited protection against bullying in schools, unequal access to certain health care services as well as daily microaggressions from those they should be able to trust including law enforcement, medical professionals, and educators. Following Sunday's shooting, an Orlando blood bank put out a call for donors, but outdated federal regulations–despite revisions late last year–say men who have had sex with men in the past year are prevented from donating blood. Even in 2016, we have policy rooted in the uninformed public fear that became pervasive during the AIDS crisis.

Yesterday's events are a sobering reminder that LGBTQ+ equality is far from a reality. To prevent this sort of tragedy, we must do more to limit access to assault weapons and strengthen hate crime legislation to include sexual orientation and gender identity. But it's also going to take more than policy.  We can't legislate away hate, but we can all do more to acknowledge one another's humanity. We can stop letting religion and cultural differences divide us. And we can call out discrimination whenever it appears.

For those in Maryland wishing to take part in a vigil honoring the victims of the Pulse nightclub shooting, events are taking place this evening (Monday) in Baltimore and Montgomery Village.