As Pride Month comes to an end, we want to acknowledge that the fight for LGBTQ freedoms and visibility goes on. As many brands and corporations are taking down their rainbow flags after collecting their profits from colourful capitalism, we are proud to say that ours will be here for a while. We have been and will always be committed to Queer and Trans liberation. If you’d like to join us in this commitment, please contribute to our New Era PAC to support our efforts of electing LGBTQ candidates into office across the state.

As Pride Month comes to an end, we want to acknowledge that the fight for LGBTQ freedoms and visibility goes on. As many brands and corporations are taking down their rainbow flags after collecting their profits from colourful capitalism, we are proud to say that ours will be here for a while. We have been and will always be committed to Queer and Trans liberation. If you’d like to join us in this commitment, please contribute to our New Era PAC to support our efforts of electing LGBTQ candidates into office across the state.

Calling all Frederick and Carroll County Progressives! Join us this Thursday, July 1st, from 7-8pm for a Virtual Reception - the first in a series of virtual gatherings to support the New Era Project. Click here to RSVP!

At our successful project launch just eight weeks ago, we brought together progressive champions, both former and current elected officials and candidates, from all across the state to tout the critical need for change in Maryland politics and the importance of our mission, but now it’s time to hear from you! We’re meeting progressive activists where they are, in the communities they serve, to hear what is important to them as we gear up for the 2022 election (and we are officially one year away from the June 28, 2022 Primary!!!) Your input is critical as we build our movement and raise grassroot dollars to help support progressive candidates running for all levels of office. Stay tuned for more upcoming events.

Congratulations to the 2021 Cohort of  the MPLI, the premier Progressive Maryland program that trains and prepares progressive movement activists who want to run for office and run campaigns. Nineteen leaders from around the state successfully completed the program which ran from mid-April to mid-June. We’re excited about all of the Cohort members, especially those who have already launched campaigns or landed positions as campaign staff. They join their peers from the 2020 MPLI cohort, some of whom are running or getting ready to run for office. Stay tuned for updates about this great group of movement progressives and the ways in which they are helping to create a new promising era in Maryland politics!  If you want to learn more about the MPLI, contact Patty. 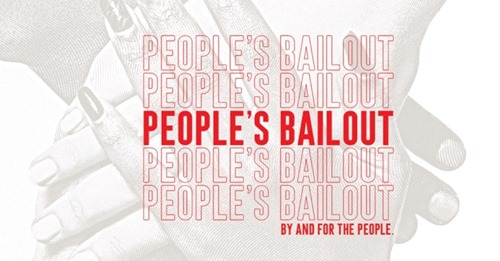 We had a successful Teach-In last Thursday evening! Thanks to all who attended and to the PM HCTF leaders who helped put on this great event. Would you like to learn more? Do you want to  get involved in our grassroots organizing to pass Medicare For All, the Improved Medicare For All Act of 2021, HB 1976? Please contact Malcom Heflin at [email protected]

If you live in Montgomery County: the County Council will take up a local resolution for Medicare For All in July.  Please sign our petition and share widely.

Significant progress has been made on vaccination rates here in the U.S, although we still need to inoculate more people and communities against COVID-19. The most urgent need right now is in other countries, particularly across the global south. Cases are rising and the death toll is mounting in many other parts of the world,  due mostly to the very low rate of vaccinations. What’s  getting in the way of production and distribution of shots? What can we do to help save lives, to make sure vaccines are reaching all parts of the word, to help end the pandemic? Find out next Tuesday July 6th 6-8 pm at our national teach-in - RSVP here.

Help us get more Marylanders educated and involved.  The teach-in will provide critical insights and PM will help you swing into action on this worthy cause. Please sign up to help with outreach in July and August, we’re getting postcards to the Biden Administration. For details, contact Josh or Patty

TOMORROW join us and our many ally organizations, like CASA and The Green New Deal Network, as we advocate for Congress to pass The THRIVE Act for climate action, green jobs and justice for our communities to be able to thrive.

Join us to learn how to have conversations about why we need a Fair Elections Fund as we launch our canvassing campaign!

Join us for our Canvass Training tomorrow, Tuesday, June 29th from 6-7:30pm.

More and more local and state lawmakers, advocates and labor leaders are pressing Governor Hogan to reverse his decision to abruptly end emergency Unemployment Insurance payments to Marylanders across the state. The Unemployed Workers Union, which is led by a Baltimore organization called the People's Power Assembly, filed a class-action lawsuit in Baltimore Circuit Court on Thursday [to halt Gov. Hogan’s move to end extra federal unemployment payments] and it also aims to obtain benefits for people who have filed unemployment claims but have not yet received payments, the WaPo reported late last week (h.t MD Reporter). What else to do about it…? PM’s Economic Justice Campaign -- Cutting off weeks of $300 payments to those in need will leave thousands of Marylanders and their families at risk during a time when the economy is still struggling. People need a way to deal with the financial  fallout of COVID-19. Thes federally funded payments have been helping families cover basic necessities like housing and giving residents time to look for work and to make arrangements for things like child care. Call Gov. Hogan today 410 974-3901 and tell him to reinstate the payments!

Getting around:  The state’s MARC Rail and Commuter Bus lines will return to full service on August 30, the Maryland Transit Administration announced last week.

Juneteenth Followup -- On Joe Biden’s first day in office, Jan. 20, he signed a Racial Equity Executive Order that, along with four more orders signed later, offer some pathways to change on the wings of the Juneteenth national holiday. Here is an explainer on how this can happen -- INCLUDING how to respond (by July 6th!) to an Office of Management and Budget request for ways they can put a racial lens on their decisions.

Sign on in support of drug decriminalization: Last week Reps. Bonnie Watson-Coleman & Cori Bush introduced the Drug Policy Reform Act of 2021 - the first federal drug decriminalization bill. Our allies at Drug Policy Alliance are collecting sign-ons to a letter in support of the bill. SIGN ON HERE. Deadline is Friday, July 2. You can read a more comprehensive summary of the contents of the bill here.

“No Climate, No Deal” Priorities. The Green New Deal Network is working with key members of Congress to advance the “No Climate, No Deal” pledge and insist that members aligned with us refuse to vote on the infrastructure package if it doesn’t include sufficient elements to address the climate crisis. If you can gin up a quick visibility event at local district offices, you might want to make sure they get the “red lines” we are trying to advance; no deal unless it includes:

June 25, 2021 Unfinished business in the Assembly: where is the progressive impulse?

June 23, 2021 How the War on Drugs has warped priorities and ruined lives for 50 years

We're passing the post on the 50th Anniversary of the start of the War on Drugs. After enduring 50 years of the War on Drugs and witnessing its devastating effects on our communities, we feel it is important to change this policy now and pursue a public health and harm reduction approach. Join us to make change in this crucial area.

New research finds the general well-being of children here in Maryland has fallen from 21st among the states to 24th, with 157,000 children living in households with income below the poverty line. And that was before the pandemic. Access to the full report is included in the article from Maryland Matters.

More than 150 years after abolishing chattel slavery in the Confederate States, we join the United States of America as it celebrates what has always been an important tradition for Black Americans. As we celebrate, we understand that being 150 years removed from a 400 year institution of depravity means that the fight for the real liberation of Black Americans is not over ...