No Trump in MD

On March 11th in Chicago, the people of that city made a clear statement that they would not allow the rhetoric of hatred and bigotry espoused by the Trump campaign to go unanswered. Thousands of people came together to successfully shut down Trump's scheduled rally in their city. If there were similar efforts in every area where he attempted to hold one of his large rallies we could shut down more of his events. Trump's rallies are a key to his campaign. He has no access to voter data or ability to organize volunteers and voters without them. If we shut them down, then we can make progress to shutting his campaign down.

Progressive Maryland is therefore calling to the people of our state to help ensure that Trump never stands behind a podium in our state during this election cycle. If there is a Trump rally scheduled in Maryland, or even a nearby jurisdiction, we are calling for people to peacefully protest and disrupt the event in such a way that it is impossible for it to move forward. We hope that our allies and in other states will follow with a similar call to the people of their states, so that Trump's rallies are effectively shut down, and his primary mechanism of organizing is permanently disrupted.

Sign up below if you will join us in stopping Trump's campaign from organizing a rally in Maryland!

After you sign up, go on to the next page to join us in ensuring that you will help get out the vote in order to prevent Donald Trump's bigotry from becoming policy in our country. 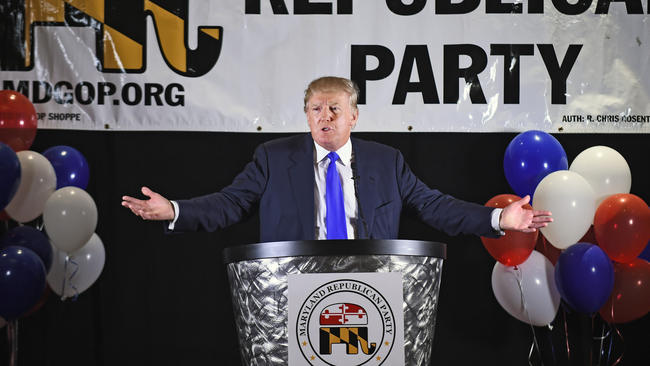